If you meet the general manager of the radiology department at Columbia Asia Hospital, it’s hard to imagine that Anto Ramesh Delvi D started out as a daily wage labourer.

BENGALURU: If you meet the general manager of the radiology department at Columbia Asia Hospital, it’s hard to imagine that Anto Ramesh Delvi D started out as a daily wage labourer. Hailing from Ranipet, Tamil Nadu, he lost his father to a heart attack when he was 10 years old. “My mother was a nursing assistant at a hospital. She raised my younger sister and me with great difficulty. I wasn’t a great student. I dropped out of my college when I was in the third year of my BSc,” recalls the 50-year-old.

He couldn’t find a clerical job due to his low academic score and started working as a daily wage worker at an electronics repair shops and at construction sites. This went on from  1989 to  1992. Later, with help from his uncle, he came to Bengaluru with his friend to write an examination at the CSI Hospital, for admission in a radiography course.

He says, “I didn’t get through. Since it was a mission hospital, my uncle requested people to give me the job since my mother was the sole earner in the family.” His uncle’s request bore fruit and Delvi joined the 1992 batch. This period was full of doubts as he wasn’t sure if he could survive staying in a hostel and manage expenses. Luck, however, was on his side and he passed out as ‘the best outgoing student’. 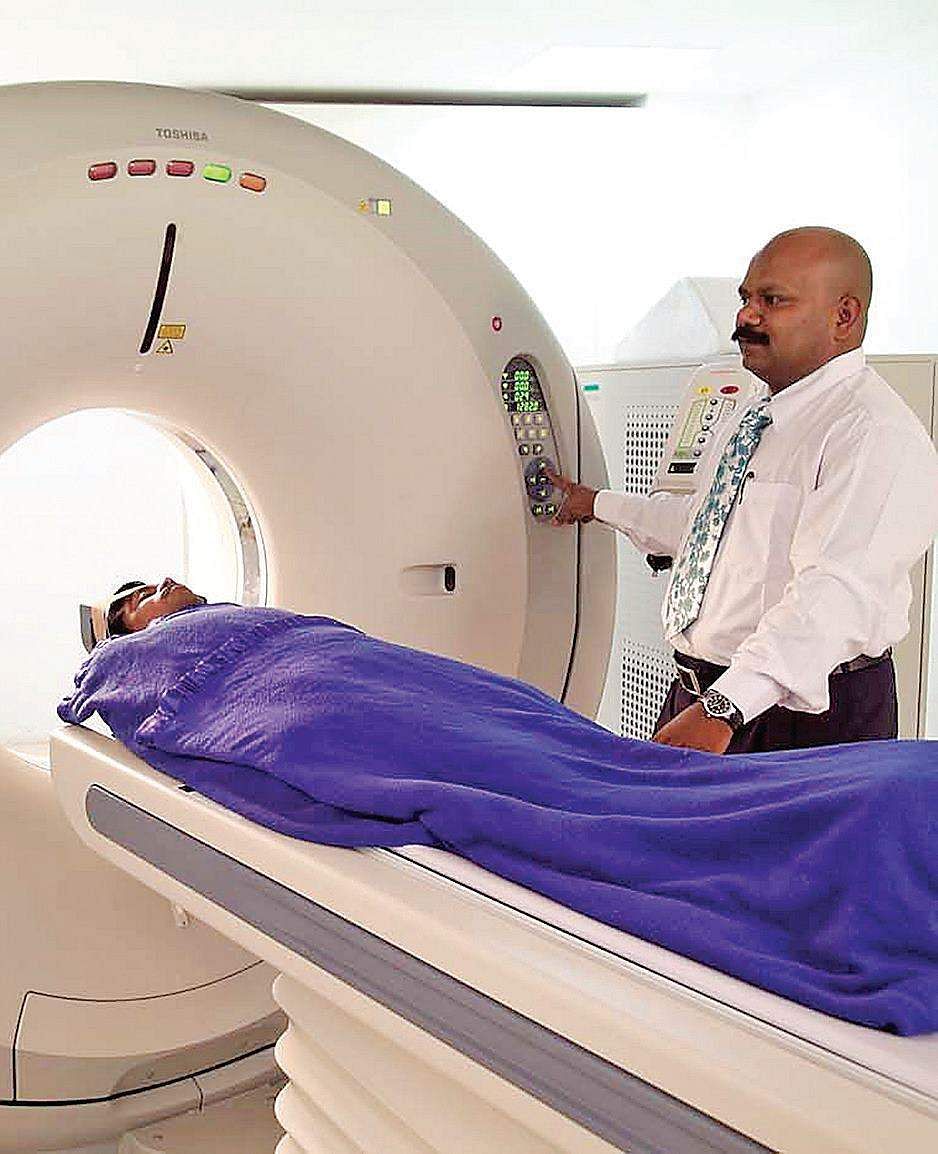 Despite completing the course in  1994, he wasn’t able to find a job. He took up a part-time job at Jain Hospital for a salary of Rs 300 a month. During his time there, he continued to apply for different jobs until he finally got the job of a technician at Jindal Charitable Hospital. He worked there with an earning of Rs 1,000 a month, before he resigned to pursue further studies in CT/MRI, through a six-month course in Salem. “When I completed the course, Jindal Hospital called me back and increased my salary to Rs 3,500. They had also provided a 2BHK flat in their quarters,” he says.

In  2000, Delvi married his childhood friend and moved to Bengaluru. During this time, he applied for a position at Columbia Asia Hospital. This was in 2005 but all the vacancies were filled. Delvi was told to try again the next year. The following year, he eventually got selected, and now earned a salary of Rs 12,000 a month.

While he was confident about his technical knowledge, Delvi faltered in his computer and communication skills. Over time, he widened his computer, management and also communication skills. “The hospital helped a lot too. They would go through my draft e-mails before I sent them,” he says. Interestingly enough, though Delvi struggled with academics in school, he now holds degrees in BSc (Physics), DTT, MRIT and MBA.

He also ran a hospital in Doddaballapura, Bengaluru rural, from 2011 to 2013 where he was in charge of all aspects of operations and management. However, Columbia Asia asked Delvi to return as the general manager of the radiology department. It has now been five years since he took over as the general manager of the department for all branches of the hospital in India. “My biggest takeaways are to keep trying and the importance of giving people a chance,” he says.