In 2018, around 82 lakh traffic violations were recorded by the traffic police.

BENGALURU: The city’s worsening traffic conditions have long been a cause of worry for the traffic police, who are finding it increasingly tough to deal with violators at a time when they are deployed to manage traffic flow. 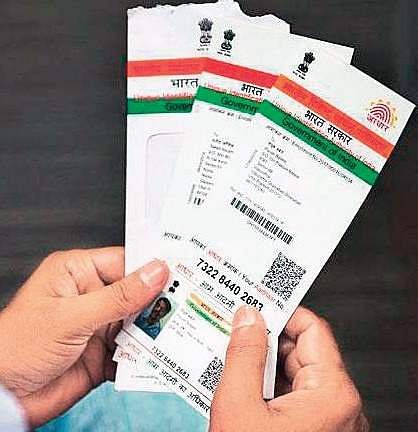 In 2018, around 82 lakh traffic violations were recorded by the traffic police. In 2017, this figure was 99.22 lakh cases. In such a situation, as announced by Union Minister Ravi Shankar Prasad at the Indian Science Congress recently, a move to make it mandatory to link your Aadhaar card to driving licence is seen as a positive approach by many. However, others feel that the mobility offered in an Aadhaar card, where addresses can be updated, will negate the benefits of linking it to a driver’s licence.
“The linking of Aadhaar card with driving licence would mean that all information about the person is available to the authorities. This includes retina and fingerprint details, so the driver will think twice about breaking rules,” said mobility expert Ashish Verma.

One of the aims behind the move was to make it difficult to obtain fake licences. With biometrics, it will be easier to check if the applicant has been issued a licence earlier.On the other hand, others say that linking Aadhaar would not lead to a difference as addresses can be updated in Aadhaar or left unchanged when a person moves out. “Aadhaar is of no use when you want to stop people from committing a mistake with their license,” said urban expert V Ravichandar. He added that it is better to get hold of the person and ask him to visit the police station if he has made a mistake.

A Transport Department official, who wished to be anonymous, said, “It is yet to become a reality but it would definitely help with tracking the number of licences issued and stop fake licenses from being given out.”