If there’s one thing booming in the city, it’s real estate.

BENGALURU : If there’s one thing booming in the city, it’s real estate. The residential market continues to perform strongly and has seen a 41 per cent growth in the second half of 2018 compared to the second half of 2017, according a report released by real estate consultancy firm, Knight Frank. The report, released on Tuesday, said that there were 11,826 units launched during this time period in 2018.

There has also been a 35 per cent increase in sales in 2018 in residential projects compared to the corresponding half last year. Of all the total launches in the second quarter, properties priced between `25 lakh and `50 lakh garnered the highest share of 41 per cent, followed by `50 lakh to `75 lakh ranging at 28 per cent. 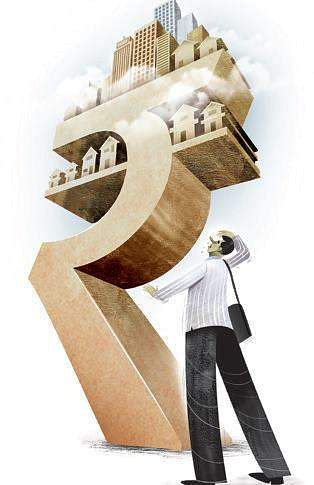 According to Shantanu Mazumder, senior branch director, Bengaluru, Knight Frank, while both launches and sales in the residental market depicted an upward trajectory, market activities could best be termed conservative. He said, “Largely end user driven, Bengaluru’s residential market remained buoyant with a line of caution. Developers have been cautious of keeping a steady pace of new launches ensuring that demand is adequately catered whilst bringing down the unsold inventory in the market.”

In unsold residential units, there has been a 15 per cent decline compared to the corresponding time frame last year. East and South Bengaluru witnessed a 19 and 16 per cent reduction respectively.The city saw highest volume of leasing in the commercial market space, with over 13 million square feet being transacted in the entire year.

The second half of the year saw nearly five million square feet leasing surpassing the transaction volume of the first half of the year with a 17 per cent year on year growth. BFSI sector topped the leasing space constituting 28 per cent of total leasing volumes while IT/ITeS took up 37 per cent of the total leasing volume. The total supply of office space registered a year-on-year decline of six per cent over 2017. Vacancy levels in the city office market stood at four per cent.

The Outer Ring Road office market saw  a 72 per cent year-on-year growth in transaction volume over the corresponding half of 2017, whereas the office rental space saw a 17 per cent year-on-year increase.
Proptech is a buzzword in the real estate space now, with disruptive technologies being used in this sector as well.  “The technology has become an important enabler in real estate,” added Mazumder.