Cabinet clears realignment of Metro line to airport via Hebbal

The New Indian Express on October 12, 2018, had reported on the government’s plans to realign the metro line.

BENGALURU: The state cabinet on Thursday cleared a proposal that is all set to make your travel to the airport faster. A proposal to realign Metro line to the airport from Hebbal junction was approved by the cabinet. The additional 9km stretch will escalate the project cost to Rs 10,584 crore. With the clearance, the Metro line extending for 29.1km from Nagawara to the airport has been revised to 38km via Hebbal.

“We have approved the proposal for realignment from Nagawara-Jakkur cross to the airport via Hebbal,” Cooperation Minister Bandeppa Kashempur said. Projects related to Metro became the highlight of H D Kumaraswamy’s first cabinet meeting of the year with three proposals getting a go-ahead. The cabinet also cleared a proposal for the construction of an additional station at Challaghatta.The cabinet has also approved a revision in funds for Metro Phase II from Central Silk Board junction to KR Puram. The revised cost  now stands at `5,994 crore.

Why the new plan?

The New Indian Express on October 12, 2018, had reported on the government’s plans to realign the metro line. As per the original DPR of the Phase-2B Metro line, the 29.62km line was to begin at Nagawara and head towards RK Hedge Nagar. It was to then turn left to Jakkur Flying School. The line was approved by the cabinet on December 11, 2017, and was slated to have six stations. The 21.25km Gottigere-Nagawara line will connect with the airport line. Sources from the government suggested that the presence of a high-pressure petroleum pipeline between Hegde Nagar and the flying school had forced the rethink. Due to safety regulations, no construction can come up for up to 9 metres on either side of the pipeline.

Chief Minister H D Kumaraswamy denies any vested interests in the Karnataka government’s plan to revive the controversial steel flyover project. Speaking to media after releasing the souvenir and postal stamps and covers by Forensic Science Laboratory at NIMHANS convention centre, he said: “I am only interested in providing good infrastructure to people to address their problems. I am not influenced by anyone. Pros and cons will be analysed in people’s perspective only.” 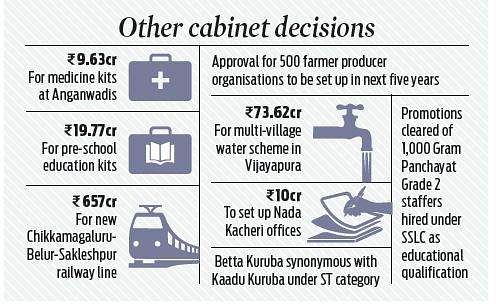 Now we are on Telegram too. Follow us for updates
TAGS
Hebbal junction