This year’s survey is based on the data available in the Students Achievement Tracking System (SATS).

BENGALURU:  The number of out-of-school-children in the state has tripled in just a year’s time. This was found in a survey conducted by Sarva Shiksha Abhiyan and officials at the state Education Department feel that the numbers will only increase as the survey is still ongoing.

As per the data available with the department for the previous year’s survey, the total number of out-of-school-children in the state was 14,000 and the same has increased to 44,000 in the ongoing survey. The survey is about 80 per cent complete and is expected to be over in a week. 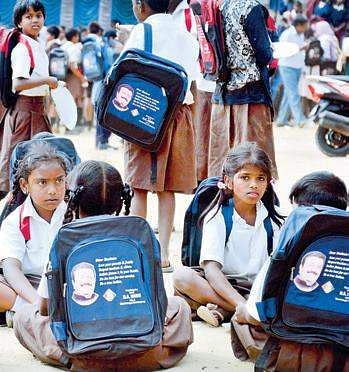 This year’s survey is based on the data available in the Students Achievement Tracking System (SATS). As per the data, out of 4.18 lakh children enrolled in Class 1 last year, some were not seen in Class 2 this year. The department decided to track these children by identifying the “missing” number. The job was assigned to district-level officials including those from village panchayats and universities.

SSA state project director M T Reju said, “We have identified around 44,000 out-of-school children and the data entry of about 1 lakh children is still pending in some of the districts and this will be completed in a week. This may increase the number by a few more thousands.”According to the officials, there are two main reasons for this increase. This year, the government decided to consider the students up to 16 years of age or Class 10 instead of 14 years which was considered earlier.

Besides, the department made the entire process robust by involving authorities at the district-level and compared data from details available with SATS.Meanwhile, of the total 44,000 students who are not in schools as per the current survey findings, around 1,000 have been identified as never enrolled and the rest are dropouts. The survey was conducted between November 14 and November 28, 2018, and the final figures are expected by next week.

Now we are on Telegram too. Follow us for updates
TAGS
School Drop out Sarva Shiksha Abhiyan