16 years after report, case against 160 in Bengaluru land scam

The public prosecutor argued that investigation is in progress and they may abscond and tamper with the witnesses, and may even hamper investigations, if released on anticipatory bail.

BENGALURU: Sixteen years after a report highlighting irregularities and recommending action in a multi-crore land scam, the East tahsildar finally lodged a complaint against as many as 160 people for causing loss to the exchequer, by fabricating land documents for sale.

The First Information Report (FIR), filed by tahsildar Ram Lakshmaiah, acts upon a report by the Director General of Police, Corps of Detectives (Economic Offences and Special Unit) and involves land situated in Kowdenahalli in Bengaluru East. At present, the cost of the land is `100 crore. 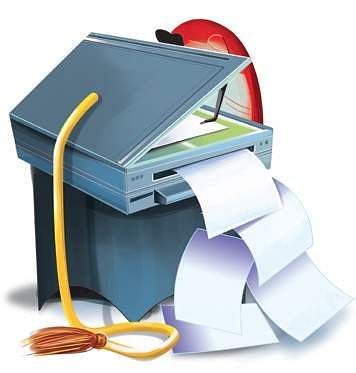 According to the FIR registered with KR Puram police, land bearing Survey no. 1 to 136 in Kowdenahalli was vested with the government, as per the Karnataka Inams Abolition Act, 1954. However, the total extent of the land was not mentioned in the FIR. Among the 160 accused are many revenue officials, including a former tahsildar and revenue inspectors, as well as a few retired officers. The whereabouts of many of the accused are not known.

The CoD report submitted to the government on June 24, 2003, mentions that revenue officials colluded with private parties and created forged documents for the land parcel and sold it after converting it illegally. Some part of the land was encroached upon, and this caused a loss of `4.82 crore to the state’s exchequer, as the land was transferred without charging the market value, beside the development and conversion charges. The report recommended the filing of cases under several sections of the Indian Penal Code.

However, no action was taken on the CoD report. Therefore, the Deputy Commissioner and Assistant Commissioner ordered the tahsildar to register criminal complaints immediately and submit the report with a copy of FIR.

On the 16-year delay, an official in the Deputy Commissioner (Urban)  office said the dispute had reached the SC, which directed the revenue department to initiate action against the erring officials, and the FIR was registered to include them.

Six persons among the 160 accused succeeded in getting anticipatory bail from the City Civil Court, apprehensive of arrest. All of them were working in the revenue department and have since retired. They are B Puttamadaiah, 68, K N Nagarajaiah, 67, Huchappa, 65, Shivaraj, 70, R K Subbarao, 82, and K V Nagabhushana Iyer, 71.

Claiming that they are not re-grantees, grantees or owners of the land in dispute, the accused petitioners contended that there is a delay of nearly 16 years in lodging the complaint and there is no question of trespass. The public prosecutor argued that investigation is in progress and they may abscond and tamper with the witnesses, and may even hamper investigations, if released on anticipatory bail.

On hearing both parties, Judge B Narayanappa, XIII Additional City Civil and Sessions Court, granted anticipatory bail, imposing the condition that they should mark their attendance in the police station on the first day of every month, and cooperate with the investigation officer.