Who said all succulents are  desert plants?

Succulents have been shooting up the popularity charts, thanks to their unusual looks, cute sizes and low maintenance needs.

BENGALURU : Succulents have been shooting up the popularity charts, thanks to their unusual looks, cute sizes and low maintenance needs. But behind closed doors, it isn’t uncommon to hear embarrassed confessions of having killed a succulent. This is because succulents are new to the Indian market and most people do not yet understand them. They either treat them like ordinary houseplants or refer to online sources that are mostly blind copies of what works in foreign environments. So here’s an attempt to demystify them. 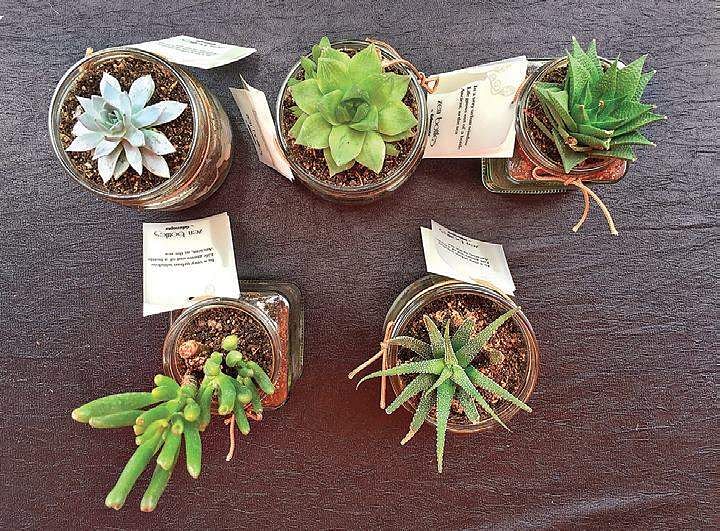 WATERING
What is common to all succulent habitats, regardless of differences in ambient conditions, is that they are all semi-arid. So overwatering them is a sure death sentence. But ‘semi’ is also an important word here - some people imagine succulents to belong to bone-dry areas and swing to the other extreme of severe underwatering. Semi-arid places do get occasional rainfall, during which succulents store water, followed by dry spells. So instead of lightly watering or spritsing succulents everyday, ‘soak and dry’ is a better strategy- water till it starts dripping from drainage holes, and then allow the soil to go dry.

SUNLIGHT
It is ideal to find a spot that mimics their native light conditions. For instance, Sempervivums, native to Alpine mountains, may show signs of distress in full blasting Indian sun, and may do better when shifted to cooler, partial shade. Researching your succulent’s origin can feel cumbersome. So a safe strategy is to avoid extremes – of direct, scorching sun as well as low-light indoors. Most succulents do well in window sills or partially shaded balconies.

SOIL
Succulents do not need much nutrition in the soil, but it should drain well. Indian nurseries often use garden soil only, which tends to get soggy. One way to amend it is to add some grit to it.

‘SUDDEN’ DEATH?
Beginners often complain of their succulents dying ‘suddenly’, looking fine until just days ago. It seems so because signs of distress can be easy to miss in succulents - they keep a stoic appearance even as they are troubled inside, until a day they collapse. But once you learn to see the early signs, succulents can be easy to revive. After all, they are among the most unusually adaptive plants the planet has seen.
(The author is co-founder of greenopia.co)