Jiddu Krishnamurti talks: Consciousness is not of one particular level, it is the totality of our being

In considering meditation, effort and the maker of effort must be understood.

In considering meditation, effort and the maker of effort must be understood. Good effort leads to one thing, and bad to another, but both are binding, are they not? “It is said that you have not read the Upanishads or any of the sacred literature, but you sound like one who has read and knows.” 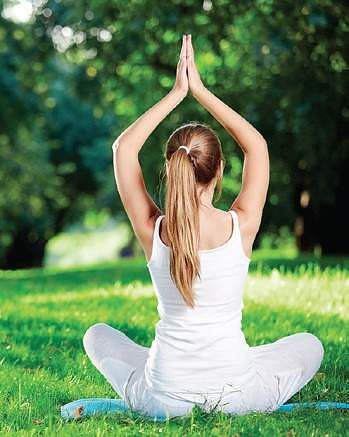 It is true that I have read none of those things, but that is not important. Good effort and wrong effort are both binding, and it is this bondage that must be understood and broken. Meditation is the breaking of all bondage; it is a state of freedom, but not from anything. Freedom from something is only the cultivation of resistance. To be conscious of being free is not freedom. Consciousness is the experiencing of freedom or of bondage, and that consciousness is the experiencer, the maker of effort. Meditation is the breaking down of the experiencer, which cannot be done consciously. If the experiencer is broken down consciously, then there is a strengthening of the will, which is also a part of consciousness. Our problem, then, is concerned with the whole process of consciousness, and not with one part of it, small or great, dominant or subservient.

“What you say seems to be true. The ways of consciousness are profound, deceptive and contradictory. It is only through dispassionate observation and careful study that this tangle can be unravelled and order can prevail.”

But, sir, the unraveller is still there; one may call him the higher self, the atman, and so on, but he is still part of consciousness, the maker of effort who is everlastingly trying to get somewhere. Effort is desire. One desire can be overcome by a greater desire, and that desire by still another, and so on endlessly.

Desire breeds deception, illusion, contradiction, and the visions of hope. The all-conquering desire for the ultimate, or the will to reach that which is nameless, is still the way of consciousness, of the experiencer of good and bad, the experiencer who is waiting, watching, hoping. Consciousness is not of one particular level, it is the totality of our being.

“What has been heard so far is excellent and true; but if one may inquire, what is it that will bring peace, stillness to this consciousness?”

Nothing. Surely, the mind is ever seeking a result, a way to some achievement. Mind is an instrument that has been put to- gather, it is the fabric of time, and it can only think in terms of result, of achievement, of something to be gained or avoided. “That is so. It is being stated that as long as the mind is active, choosing, seeking, experiencing, there must be the maker of effort who creates his own image, calling it by different names, and this is the net in which thought is caught.” Thought itself is the maker of the net.

Now we are on Telegram too. Follow us for updates
TAGS
Jiddu Krishnamurti Meditation Consciousness