Man killed on spot after car topples on Nelamangala highway

A flower vendor was killed and his brother was severely injured after their speeding Omni toppled and fell into a vacant plot next to Nelamangala highway, near Kudur, in the early hours of Sunday. 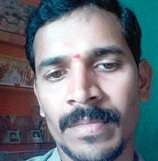 Police said the accident took place when they were passing Soluru on NH 75. Manjunath was driving the car, and they were on their way to  Kunigal wholesale market to buy flowers and vegetables. According to a few eyewitness accounts, due to overspeeding, Manjunath allegedly lost control over the vehicle. They said the car toppled over, before landing on the vacant plot near by. Chikkanna died on spot.

Passersby rushed to the spot and helped Manjunath out of the vehicle. They took him to a private hospital close by. Although his condition is said to be stable, he is yet to give a statement to the police. The Kudur police rushed to the spot and towed the car. Traffic was affected on the highway for some time, as passing motorists stopped to see what had happened.