S Hussain Zaidi is a crime writer, known for his popular books, Black Friday, Mafia Queens of Mumbai, Dongri to Dubai and Byculla to Bangkok. 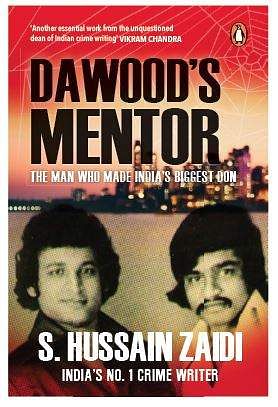 What was your trigger for writing Dawood’s Mentor?
It was an idea which needed to be explored and investigated since the time I had started writing Dongri to Dubai. Khalid developed love for Dawood and he thought he was teaching a boy how to survive in this violent world of underworld and also imparting the tricks of smuggling trade to a protege who eventually became India’s most wanted global terrorist.   Khalid Khan alias Pehelwan needed to be profiled. The crime readers needed to know whether Dawood’s mentor was as evil as his protégé turned out in the end.

Have you always seen yourself as a writer?
This happened by sheer accident. Failure in my business led me to explore other professions. I remained jobless for a while and then took to business journalism. Gradually I veered towards mainstream journalism.  While reporting on crime in Mumbai I met Vikram Chandra who had just started his research on Sacred Games. Meeting Vikram was a life changing incident for me. Within first few months of interaction, Vikram suggested that I should write a book. I began writing Black Friday. Anurag Kashyap made a movie on it and rest is history.

What has been your inspiration as a writer?
Incidentally before I started writing books there was not a single documented work on Mumbai underworld or the history of mafia. So, thinking as a journalist who are always keen on breaking stories or scoring scoops, I decided to be the first one to write books on such subjects. I had no clue that this genre will become so popular.

Does your writing draw influence from vernacular books?
I don’t read in any other language. During my school days I used to read Om Prakash Sharma, Kumar Kashyap, Gulshan Nanda, Surendra Mohan Pathak or Ibne Safi but most of them wrote in James Hadley Chase fashion and never focused on Mumbai mafia. At the risk of sounding immodest, I would say that journalists from other languages have now started writing on the subjects that were exclusively mine until years ago.

With the digitisation of books, have you moved to reading books on screen or do you prefer the old-fashioned books?
I am a bit of a traditionalist who prefers holding a book. Having said that one needs to change with the times. So it doesn’t matter whether I read them on a tablet or a laptop or even my phone! What is essential is that you never stop reading.

What is the process you undergo while writing?
I get to writing late at night into the wee hours of the morning. I don’t get calls at night. My kids have gone to bed so I face no disruption from them.  Often, I have ended up just staring at blank screen without writing a single sentence despite a storm of a story raging in my head. When it becomes a full-fledged block than I don’t force myself to write because I know that whatever story that I am now going to conceive will be substandard. Then I avoid writing for days and occupy myself with other things like Netflix, travel, an intense workout or I’ll read something totally different, like Greek philosophy.

Do you think marketing plays a role in the success of a book?
Marketing helps your book grab the eyeballs initially. But if the content doesn’t match up, then no amount of marketing can salvage the results. I would like to believe that the content dictates the results but I do see some questionable books doing well. Some of the books with silly content are promoted well through all kinds of marketing gimmicks and they easily hit the best-selling parameters.