Long before motorised vehicles took over the streets of Bengaluru, tangas were the primary mode of transport.

BENGALURU: Long before motorised vehicles took over the streets of Bengaluru, tangas were the primary mode of transport. Today, tonga drivers are struggling to make ends meet, and the the plight of most tonga stands in Bengaluru, which are over a 100 years old, are in a dismal condition. 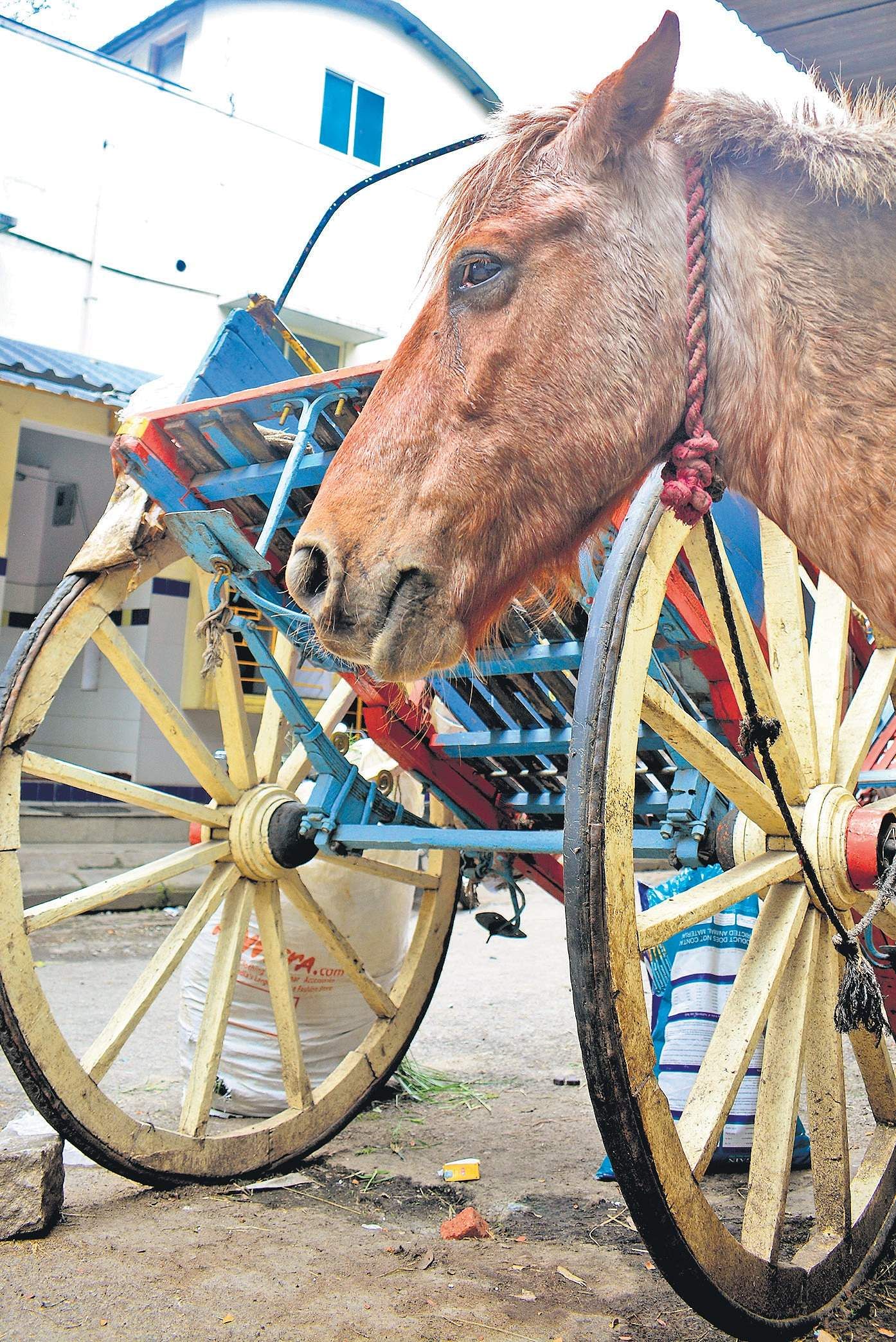 While tongas flourished during the British rule, today, the same are considered a poor man’s mode of transport. Horses are now only restricted to races. According to Akbar Khan, a 56-year-old tonga driver, Dewan Mirza Ismail from the erstwhile Mysuru royal family helped drivers by allocating funds for their welfare. This tradition continued even after India got Independence from the British rule. But slowly, things changed as different authorities and governing bodies came to power.

At one point in time, Bengaluru had over 50 tonga stands, but now, only 10 remain. These are mostly found in Avenue Road, JJ Nagar, Frazer Town, Kalasipalaya, Magadi Road, Palace Guttahalli and Nagarethpet. In fact, the ones at Kalasipalaya, Nagarethpet and Frazer Town are over a century old.At the Kalasipalaya tonga stand – which is over 150 years old ­– where we meet Khan on a weekday noon, he tells us that he followed his father’s footsteps, and got into the line at the age 18.

“The same place had 60 tonga wallas some decades ago. In the 1960s, people used to travel in tongas to reach Bommanahalli, Yeshwanthpur Peenya and Varthur village. A ride to Bommanahalli would cost `10. A trip or two were sufficient to make our earnings for the day. But, it’s a different story now, with maintenance costs having shot up and usage having come down. We hardly do a trip a day ,” he says, adding that he charges `250 per trip, most of which goes towards purchasing fodder for the horse. “This fodder itself costs `200 per day per horse. Which is probably the reason why only 15 tongawallas work as tonga drivers now.”

With quicker modes of public transport available, Khan rues that they are hardly able to get a customer a day. “And from the last 18 years, drivers here have not received any help either from the government. The situation is pathetic with broken shelter and no water,” Khan adds.

At the other end of town at the tonga stand in Frazer Town established in 1902 was once the biggest horse cart stand in Bengaluru East. Syed Basheer (72), says that VIPs, including police officers, politicians and advocates have travelled in his tonga. “In the 1980s, former Chief Ministers like R Gundu Rao and Ramakrishna Hegde have also travelled in my tonga. Passengers who came to Cantonment railway station used to commute in tongas. Families used to approach us to take pregnant women to Bowring and Lady Curzon Hospital in Shivajinagar,” says Basheer, who been riding a tonga for over 50 years.

Like Khan, Basheer too took over from his father, and joined the business young. “These tongas were a gift from the Mysuru Maharajas. However, our governments have failed to preserve them.”

The Nagarathpet tonga stand was maintained by oil merchant Meese Mariyappa, who owned over 20 horse carts. M Mohan, grandson of Mariyappa, says, “During the 1960s, my grandfather used to lend his horse carts to the poor for a rent of only Re 1. We gifted the horse carts to the poor who still use them in Chikpet and surrounding areas.” Despite maintenance costs being high, Mohan is trying hard to keep the tonga tradition is alive. He still has eight eight tongas, which are used during different occasions.