BBMP seizes 13 quintals plastic, now wonders how to dispose it

The Bruhat Bengaluru Mahanagara Palike (BBMP) seized 13 quintals of plastic in the last 10 days and it does not know what to do with it. As of now, the plastic waste is dumped in a godown.

BENGALURU: The Bruhat Bengaluru Mahanagara Palike (BBMP) seized 13 quintals of plastic in the last 10 days and it does not know what to do with it. As of now, the plastic waste is dumped in a godown.

The civic officials’ biggest worry is that they cannot even stock it as they fear that it will go back to the illegal vendors and stealthily make its way back to the market. They are also racking their brains on how to guard it. 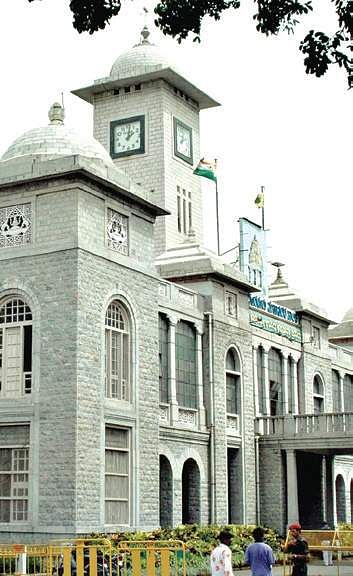 The government had banned use of plastic below 40 microns in 2015, and a year later, they expanded the scope of the ban to the manufacture and use of plastic bags of any thickness.
Cups, bags and other items were seized during the plastic ban drive which started on July 15 in the City. The officials are looking for trucks to carry the plastic waste to the dumpyards of Doddabidri, Chikkanayakamangala and KSCDC.  But that doesn’t seem to be a solution.

They have been holding several meetings on how to deal with this issue. R Randeep, BBMP Special Commissioner, told The New Indian Express that they had narrowed down on three options.  The first one being to deposit the plastic in the eight landfills and then hand it over to Karnataka Power Corporation Limited in Bidadi to generate electricity. The second option is to hand it over to Kempegowda International Airport, where plastic is being procured to lay the terminals roads. The third one is to send the plastic to cement factories, which the Karnataka State Pollution Control Board is also promoting.

AWARENESS DRIVE
Mayor Gangambike Mallikarjun on Thursday held an interaction with heads of various educational institutions and officials from north zone to create awareness on the plastic ban, the new garbage rules to be imposed from Sept 1 and hazards of PoP Ganesha idols. She also spoke about roping in students to increase awareness on garbage management.

Stay up to date on all the latest Bengaluru news with The New Indian Express App. Download now
TAGS
BBMP plastic