Uprooted trees greet Bengaluru residents everytime it rains. But even trees in other urban cities are dying a slow death. Experts warn of a Bengaluru-like situation soon if immediate measures are not

BENGALURU:  If you drove around Bengaluru after the recent showers, you could be forgiven for thinking you were witnessing the aftermath of a cyclone. All across South and East Bengaluru, tree branches lined the streets, and entire trees lay uprooted as well.  And it’s not just the IT city which is plagued by loss of tree cover with the onset of monsoon every year. While not on the same scale, smaller cities like Mysuru, Mangaluru, Hubballi, Belagavi and Davangere are also witnessing the effects of urbanisation on their tree population.

From road widening to a lack of maintenance, there are many reasons why trees are not given enough space to grow, in spite of rules that protect them. However, there are three very specific reasons why our urban centres are seeing this phenomenon. 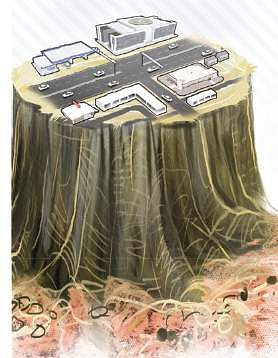 Unsustainable development
Rampant construction of apartment and commercial complexes on narrow roads has resulted in large scale weakening of trees due to closure of rain water drains, thereby leaving no space for the trees to gain a firm foothold or grow properly. Unplanned layouts, roads, flyovers, underpasses have gradually weakened young as also old avenue trees, stunted their development or made them susceptible to fungal, bacterial attacks.

Urban experts across the state say there are no proper norms or regulations for tree plantation in cities. “Plantation by people or private agencies are done without expert opinion. Many species are pruned by local people or the city civic agencies in such a way that trees become susceptible to fungal, bacterial attacks and over a period of time, they become unstable and fall during rains,” an expert said.

Space constraints
Manjunath Nayak, biodiversity researcher and scientist added, “Space is a major constraint in urban areas and considering this, within the available space, local trees that bear flowers and fruit should be chosen as they will additionally attract birds and butterflies. Trees that are reasonably resistant to drought and stormy winds are preferable for plantation in metros like Bengaluru.”

Soil pollution
Due to continuing unsustainable human activities, urban soil is much polluted today with most of the urban space covered by tar, cement and other toxins released by plastic and other waste, opined Nayak. “Various factors affecting tree fall are soil type and texture, disease, insect infestation and lack of maintenance. Sometimes, even over-watering is also likely to increase the risk of a tree fall during monsoon winds.” 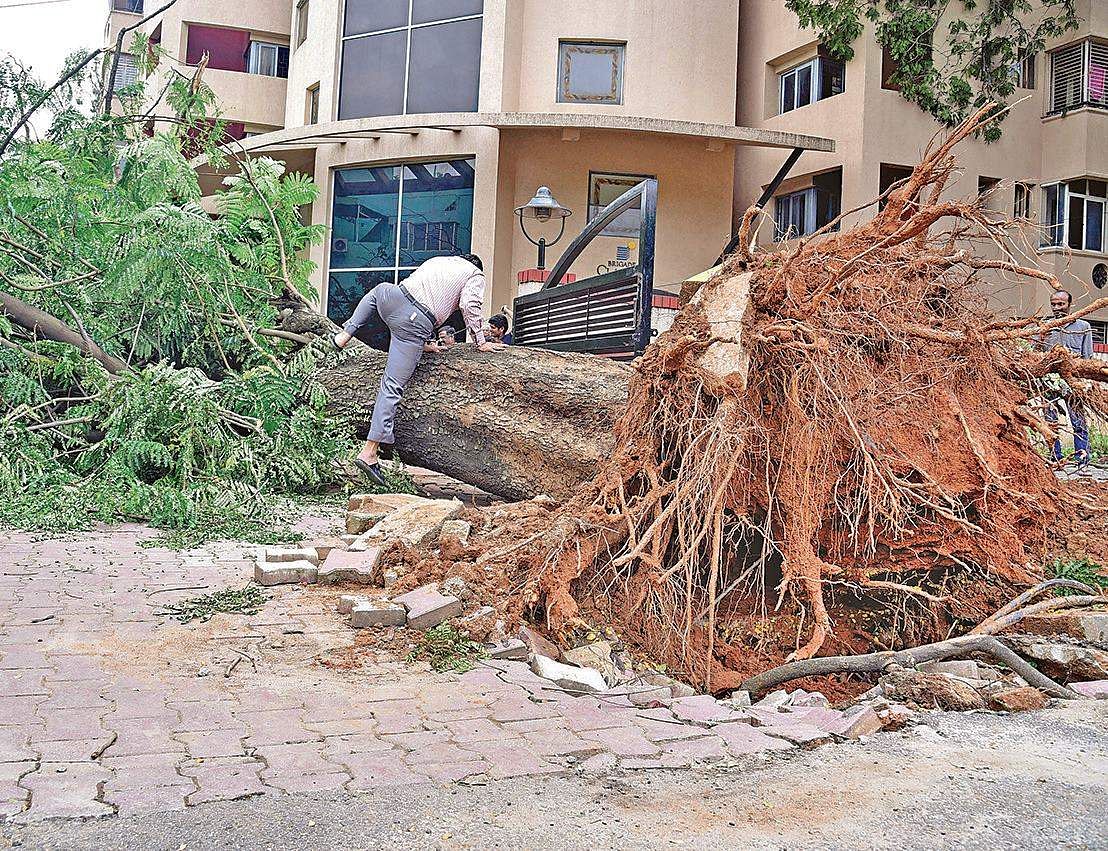 Srinath Kadolkar, Range Forest Officer, Belagavi said, “With root systems not penetrating the soil properly, trees tend to fall during monsoons. One per cent of budget is mandatory for tree plantation and protection in road widening projects but that is never done. Road cutting is done so badly that tar is put entirely thereby, damaging roots and tree trunks. The necessary space that has to be left for trees is given the go by in development works despite existing norms.”

What should be done?
Former forest officer and the man responsible for Bengaluru’s tree cover S G Neginhal says a proper and scientific tree census done under the aegis of either the state forest department or the Indian Institute of Science will save the precious green cover as remedial action can be taken to save sick, old and diseased trees.

A step towards this goal was taken on Friday with the launch of India’s first tree census app, developed by Project Vruksha Foundation. A 10 year research project, the scientific tree census will quantify the biodiversity of a city or state and create a permanent record.This app will be a hands-on easy tool to count and collect the history of each tree at the street level in every ward.

Also remedial measures can be initiated early on to save a tree using this app as it will reveal every aspect of a tree – its image, identity, health (sick or stunted or weak), height, girth and GPS location.
Presently, the app has been used to map the trees in Jayanagar ward.

Stay up to date on all the latest Bengaluru news with The New Indian Express App. Download now
TAGS
heavy rain Bengaluru