The meets were stopped during the last three months due to the Lok Sabha elections.

BENGALURU: Similar toward committee meetings that are supposed to take place on the first Saturday of every month, Mayor Gangambike Mallikarjuna said Bruhat Bengaluru Mahanagara Palike will restart zonal-level meets this month onwards.

The meets were stopped during the last three months due to the Lok Sabha elections. 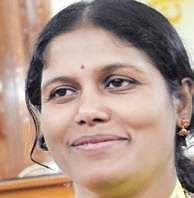 “I will send letters to joint commissioners of all eight zones asking them to start conducting meetings this June, prior to the BBMP council meeting. Like ward committee meetings, this will be compulsory as well. The meeting will be held by joint commissioners along with ward corporators falling under each zone, officials of BESCOM, BWSSB and others,” Gangambike told TNIE.

“Anything can be discussed concerning the entire zone, be it garbage issues or projects held up despite tenders being called or work order being issued. This will allow more serious issues to be discussed at the monthly council meeting,” she added.

Commenting on the same, Prabha Dev, member of CfB said, “Bengaluru is expanding but the administration strength remains the same. Conducting zonal level meets is a welcome move, as corporators can put forward ward-level issues and we as residents can know what is being planned for the city.”