Most guilt industries, like cigarettes and alcohol, pay tax, print warning labels and pay prohibitive duties to continue to sell products that are clearly killers in one way or  the other.

BENGALURU: Most guilt industries, like cigarettes and alcohol, pay tax, print warning labels and pay prohibitive duties to continue to sell products that are clearly killers in one way or the other. Have you then wondered how a hugely profitable industry like pet breeding is so unregulated? Puppy mills or breeders rarely have government breeders licences (no one in Bengaluru does for sure!) They pay neither GST nor income tax! All this is interlinked, since there are no trade licences, checks and balances or tax collection. What is going on?

The breeding industry is allowed to exist by the government, so while we may argue with that, it must (like the meat, tobacco, etc industry) at least be regulated, by the Prevention of Cruelty to Animals Act (PCA) which covers the comprehensive Dog Breeding & Marketing Rules 2017  & Pet Shop Rules 2018. Yes, these breeders are the ones that make money off the wombs of poor mother dogs or breeder dams, as they are called, but they must at least have a licence and follow the rules and regulations, you’d think? It seems not. 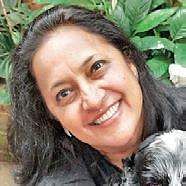 So, what are the industry numbers? At a pinch, this is at least a `1,000 crore industry, so imagine the loss to the exchequer, untaxed income and goods apart from the cruelty to the poor pups and mothers. Let’s Google this – a  Korean Mastiff imported by a breeders at `1.5 crore, a Husky that sells at `50,000, spaniels and labs at `15,000 , apart from the dodgy ‘adoption’ posts on websites like Quikr, et al, where dogs can be ‘adopted’ for  a fat fee (since selling online without a licence is not permitted).

I saw 15,000 listings – a  Rottweiler for `15,000, a Husky for `30,000! Most of the purchasers buy in cash and some by Paytm or bank transfer, so there is no real record of the transaction. So the breeder often pays no income tax on the business income gained either, unless s/he chooses to. When GST was being firmed up, for some strange logic, or perhaps under the breeders lobby pressure, the finance ministry in its wisdom, exempted all sales of domestic pets for GST, except horses. Strange, isn’t it ?

In 2011, it  was good to read an Income Tax Department directive to keep tabs on all breeders who sell newborn puppies for huge profit, but sadly nothing concrete was observed after that.  While the pet dog business may have then come under the scanner of the Income Tax department – who had then  issued fresh directives to all its regional offices to keep tabs on all dog breeders – we have not seen much progress after that.

As they say, it always comes down to the money. Therefore, it’s logical that if the government turned  its attention on the breeding industry, perhaps they would not only tap the justified taxes on income and GST that they have ignored so far, but also ensure that through this spotlight, collection and regulation, dogs and pups for sale don’t suffer. Maybe Serena (up for adoption now), the abandoned boxer dam – starved, riddled with tick fever, maggots, pyometra and half her face missing  –could be your goofy pet,  not the  abused  mother of the tiny pup  we perhaps bought.