BENGALURU: Taking serious exception to the status report filed by the city police on the action taken on complaints of Indiranagar residents about noise pollution caused by the pubs, bars and liquor shops, the Karnataka High Court on Thursday termed it as an ‘eyewash’.

The report was submitted in response to the direction issued by the court on June 6. The division bench of Chief Justice Abhay Shreeniwas Oka and Justice H T Narendra Prasad orally observed that this was not a bonafide approach at all. “If this is the approach of the police, then we will direct the City Police Commissioner to personally appear before the court,” the court cautioned while going through the status report. 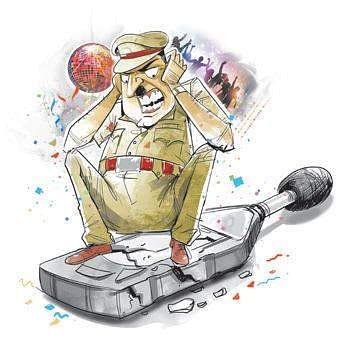 The government advocate subsequently assured that police will file better status report. The court then asked for a specific statement on procuring the equipment to measure noise levels in Indiranagar. The court also wanted to know whether any police officer carried out surprise inspection to check the noise level at pubs in the area.

The court was hearing the public interest litigations (PILs) filed by Defence Colony Residents’ Association and other residents welfare associations of surrounding areas of Indiranagar, seeking directions to police to check the nuisance caused due to pubs and bars.

The court termed the report as ‘nothing, but an eyewash’ after noticing that it was a general statement and it did not elaborate on the precise action taken to measure the noise level caused due to playing of music and other activities in Indiranagar and nearby areas.

Meanwhile, the counsel of the Karnataka State Pollution Control Board (KSPCB) pointed out that the police did not have the equipment to measure noise level. In response, the court asked the government advocate whether the city police contacted the KSPCB to check the noise level at least after the last hearing on June 6.

The court also observed that how can the police establish the charge of nuisance in absence of equipment. “How would police be able to measure the noise level without equipment if citizen calls the police control room during night to complain about noise pollution?,” it asked the government.

Maharashtra will be most affected by Cyclone 'Nisarga', warns IMD