Faster Than Light might be seven years old, but it is still one of the games that has the best soundtrack,  and keeps you wanting more

BENGALURU : Seven years ago, Subset Games released a little sci-fi roguelike indie game called FTL. It was a massive hit, and spawned a wave of releases on multiple platforms as well as the release of an Advanced Edition with more content two years later. In 2019, it’s still one of the few games I keep installed and ready to go and I still fire it up every now and then. Here’s why.

In FTL, you command a spaceship of the Galactic Federation, which is in pretty bad shape as it’s in the process of losing a war against rebel forces. However, you carry information that could turn the tide and so you’ve got to get to Federation HQ as soon as you can. Problem is, the rebels know you’ve got that information and they’re out to destroy you at all costs. This set-up is reminiscent of early episodes of Battlestar Galactica — FTL takes that sense of unceasing pursuit and unbearable tension and basically just runs with it.

When described, FTL sounds straightforward — assign crew members to various stations on your ship (such as the engine room, weapons systems and the helm) and jump on to the next location. As you travel through the sector, you’re on the lookout for three things. First, the pursuing Rebel fleet will corner you if you spend too long in a sector, and you’ll have to fight your way free.

But you’ll always want to spend as much time exploring as you can, because that exploration is what yields the resources you’ll need if you’re ever going to make it back to base —whether they be new weapons, new crewmembers, new ship systems or just scrap that you can use to upgrade your ship. And finally, the last component of this breakneck treasure hunt is fuel. Without fuel, your daring getaway isn’t happening, and all you’ll be able to do is drift in space and pray somebody else finds you before the rebels do. 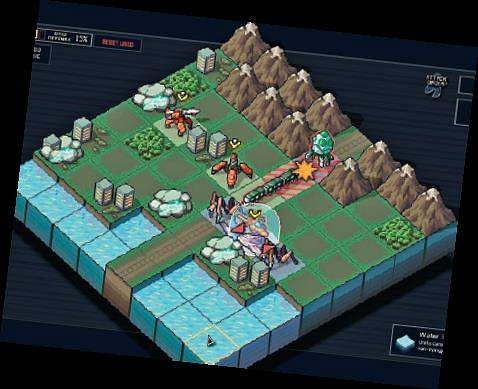 Don’t be fooled by the 2D graphics and text-only interactions — FTL’s world is rich and full of hidden depths, if you’re willing to explore it. The various races are unique enough in attitudes and dispositions to be memorable and have different interactions with you depending on the composition of your crew; evoking Star Trek at times.

It would be criminal to talk about FTL and not mention the music. Sure, the graphics are more functional than good-looking, but the music more than makes up for that. This is one of the most memorable gaming soundtracks I’ve ever heard, and it creates the perfect accompaniment for the tale of your flight through space.

FTL has absolutely no right to be as good as it is. It’s a wonderful self-contained little game that you could play through from start to finish or in 10 minute intervals — whatever you prefer, it works either way. If you just want to finish the game, go for it, you’ll have a good time. If you want to go back and try again with a different ship, a different crew or a different strategy, that’s when it really shines. FTL will reward you for wandering off the beaten path but you’re never allowed to forget that you’re on the run — and the resulting knife-edge that you have to walk is why this is a great game and one that keeps me coming back seven years later.