Two of those arrested, Abu Thahir, (23) and Mohammed Afzal, (25), are major operators in the drug trafficking syndicate between the two countries, the release added.

BENGALURU:  A drug trafficking syndicate operating between India and Qatar has been busted by the Bangalore unit of the Narcotics Control Bureau (NCB), following the seizure of narcotic drugs from bags of four individuals at the departure area of the Kempe Gowda International Airport. The drugs were concealed in sanitary napkins. Two of them were sent to the custody of the NCB on Monday, while the other two were sent to judicial custody. 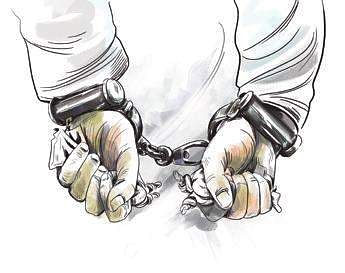 According to an official release, NCB officials intercepted a Maruti swift car on June 15 following a tip-off. “During the search 510 grams of Methamphetamine and 572 Lycrica capsules were seized from their bags. These drugs were found concealed in packets of sanitary napkins,” the release said. They were to be transported by their accomplice, Khusboo Sharma, on a flight to Doha.

Two of those arrested, Abu Thahir, (23) and Mohammed Afzal, (25), are major operators in the drug trafficking syndicate between the two countries, the release added. Officials later conducted a search operation in their house at Lindon Street in Austin Town and recovered more drugs. 2.85 kg of Hashish Oil, 13.68 kg Hashish, 330 grams Methamphetamine, 9.05 kg Ganja and 4014 Lyrica capsules were seized.

Lyrica capsules that used to treat epilepsy and anxiety and are being misused for recreational use in the Middle East. Methaptamine in higher doses can cause psychosis, seizures and cerebral haemorrhage. The drugs were bought from different parts of the country including Delhi, Goa and Kerala.

All those arrested have been produced before the Additional City Civil and Sessions Judge and Special judge for NDPS Act cases on June 17. The kingpins, Afzal and Thahir, have been sent to the custody of the NCB, while Khusboo and another facilitator Mohammed Asif, a native of Mangaluru, have been remanded to judicial custody.This is the third time Qatar-bound drugs are being seized by NCB this year, and it is likely to cripple drug trafficking syndicate between the two countries.