The Bengaluru exhibition will be open to the public till July 27 at Indian Cartoon Gallery.

BENGALURU: Indian Institute of Cartoonists (IIC) plays a significant role in presenting powerful pieces of imagery to the city audience. Since 2007, IIC’s Indian Cartoon Gallery has been hosting several national and international cartoon exhibitions in Bengaluru.

As a part of Indian Cartoon Gallery’s 12th anniversary, the institute is organising a national-level exhibition as well as the prize distribution of 11th Intentional  Maya Kamath Memorial Awards Competition for Excellence In Political Cartooning. 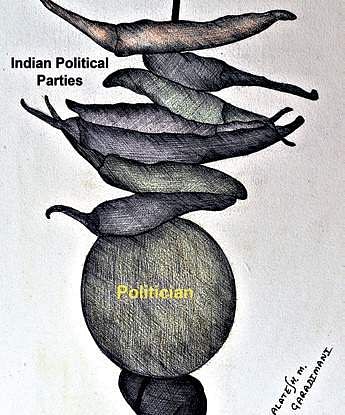 The cartoons in the competition were mostly based on current political and social situations.

An enormous amount of talent was noticed in the Budding Category of the contest.

The upcoming exhibition at the Indian Cartoon Gallery will feature the selected 50 Indian cartoons and six works of budding cartoonists from the competition. “IIC always tries to promote the art of cartoonists and inspire youngsters to take up cartooning seriously. Till now, Indian Cartoon Gallery has hosted 162 exhibitions,” says V G Narendra, managing trustee, IIC.

The prize distribution ceremony and exhibition will be inaugurated on July 6 at 11am by Sudhakar Rao, former chief secretary, Government of Karnataka and former adviser, NGMA, Bengaluru.

The exhibition will be open to the public till July 27 at Indian Cartoon Gallery.