‘Kolkata was sometimes a refuge’

Suddenly, with my sixties looming in the not-too-distant future, I found myself more alone than ever.

BENGALURU: The strangest thing about this strange journey was that it was launched by a word – and not an unusually resonant one either but a banal, commonplace coinage that is in wide circulation, from Cairo to Calcutta. That word is bundook, which means ‘gun’ in many languages, including my own mother tongue, Bengali (or Bangla). Nor is the word a stranger to English: by way of British colonial usages it found its way into the Oxford English Dictionary, where it is glossed as ‘rifle’.But there was no rifle or gun in sight the day the journey began; nor indeed was the word intended to refer to a weapon. And that, precisely, was why it caught my attention: because the gun in question was a part of a name – ‘Bonduki Sadagar’, which could be translated as ‘the Gun Merchant’. 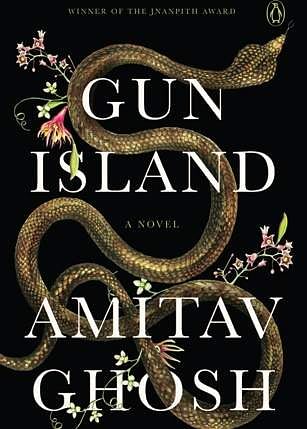 The Gun Merchant entered my life not in Brooklyn, where I live and work, but in the city where I was born and raised – Calcutta (or Kolkata, as it is now formally known). That year, as on many others, I was in Kolkata through much of the winter, ostensibly for business. My work, as a dealer in rare books and Asian antiquities, requires me to do a good deal of on-site scouting and since I happen to possess a small apartment in Kolkata (carved out of the house that my sisters and I inherited from our parents) the city has become a second base of operations for me.

But it wasn’t just work that brought me back every year: Kolkata was also sometimes a refuge, not only from the bitter cold of a Brooklyn winter, but from the solitude of a personal life that had become increasingly desolate over time, even as my professional fortunes prospered. And the desolation was never greater than it was that year, when a very promising relationship  came to a shockingly abrupt end: a woman I had been seeing for a long time had cut me off without explanation, blocking me on every channel that we had ever used to communicate. It was my first brush with ‘ghosting’, an experience that is as humiliating as it is painful.

Suddenly, with my sixties looming in the not-too-distant future, I found myself more alone than ever. So, I went to Calcutta earlier than usual that year, timing my arrival to coincide with the annual migration that occurs when the weather turns cold in northern climes and great flocks of ‘foreign-settled’ Calcuttans, like myself, take wing and fly back to overwinter in the city. I knew that I could count on catching up with a multitude of friends and relatives; that the weeks would slip by in a whirl of lunches, dinner parties and wedding receptions.