With each game giving players a new set of buildings to manage and two modes to play it, Tiny Towns has players constantly adjusting their strategies

BENGALURU : Tiny Towns, from first-time designer Peter McPherson and AEG, has been getting a lot of love lately. Let’s take a closer look at this town-building game and see if it lives up to the hype.
In Tiny Towns, 2-6 players will build up their own 4x4 towns using a sort of communal resource pool. Every game, you’ll be presented with a different set of buildings to construct (apart from the Cottages, which are always in the game). Each of the six building archetypes (the food production buildings, industrial buildings, etc.) has four different options to choose from, each with different abilities or point-scoring requirements. 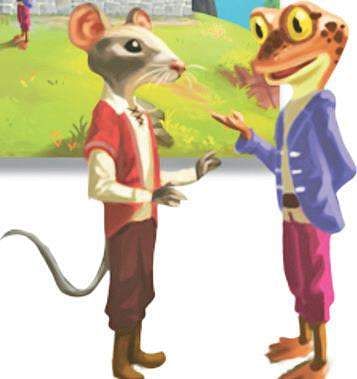 This variability is the first big surprise about Tiny Towns — this much variety is usually saved for an expansion, but you’ve got it all packed right into the base game. When you consider the fact that how these buildings interact will form the core of your strategy, that’s a huge amount of replayability from the get-go.Once the buildings are selected, you’re ready to go.

One player will take the Master Builder token and announce one of the game’s five resources — wood, brick, stone, wheat and glass — and everybody must then place the cube depicting that resource on one of the 16 spaces of their board. Then the next player becomes the Master Builder and does the same, and so on until the game ends.

Each building in the game requires a different pattern of resources; for example, the cottage requires wheat, glass and brick in an L-shape. Once you complete that pattern, you can then spend those resources in order to place a cottage on your board (in one of the spaces that contained a resource). So when you’re placing resources down, you’re doing so with an eye towards a particular building — or, more likely, you’re trying to do so in a way that leaves you with multiple options depending on what your opponents decide to call out next.

The spatial puzzle that results is tremendously engrossing and will probably surprise anybody who wrote Tiny Towns off as a shallow, family-friendly game with how clever it can be. Leaving yourself room to manoeuvre while still keeping sight of your overall strategy is trickier than it sounds, and it’s a great deal of fun to boot. Mixing things up a bit are the Monuments — unique buildings dealt to each player at the beginning of the game that only they can build. Monuments provide either a special ability or endgame scoring opportunities, and shake things up just enough that nobody can be entirely sure exactly what an opponent might be going for.

The alternate way to play — the ‘Town Hall’ variant — where resources are assigned based on cards drawn from a deck, gives you more options as to how to play Tiny Towns. What’s not in question, however, is that you should play Tiny Towns if at all possible. It’s a great little game, and one that’ll be getting a lot of play this year.