I was free to forge a new identity: Preeti Shenoy

When you have survived something that almost destroyed you and have clawed your way back to normalcy, little by little, you think everything will be okay from now on.

BENGALURU: When you have survived something that almost destroyed you and have clawed your way back to normalcy, little by little, you think everything will be okay from now on. You are desperate to put the nightmares of your past behind you, looking for the smallest signs of hope. You clutch at even the tiniest positive bits, convincing yourself that they are signs that point towards a brighter future.

I was no different. I was full of hope, eager to start my new life. I had tied up my past neatly, sealed it tight in cardboard cartons with duct tape and kicked them out of sight. No more mental hospitals. No more Occupational Therapy. No more psychiatrists. I was going to a new college, a new course – Creative Writing at that! It had always been my dream, and I couldn’t believe I was now living it. 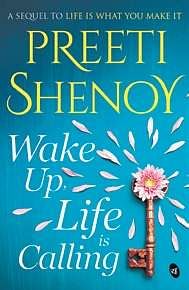 Though a tiny part of me felt guilty for wasting my parents’ money on the MBA course (they had paid the entire fees in advance – non-refundable), what took precedence was that I was finally back in the ‘normal world’, a world where I belonged, and would be soon doing a course that I loved. I did not care that the college timing was 1.00 p.m. to 7.00 p.m., as Creative Writing was still not viewed as one of the mainstream courses, which were all in the mornings.

I did not care that I had to travel by the electric trains in Bombay. Getting into and out of these trains was an art in itself. Once inside, you had to know in advance which side of the train you had to get out of, as the platform could be on either side. Accordingly, you had to choose your position and park yourself there. The pushing would start precisely ten seconds before the train came to a halt. You could not evade the mass of tightly squashed human bodies, all exerting force in the same direction. You flowed out helplessly with the sea, gasping for breath when you emerged on the platform. The old me would have shuddered at the thought of all this. But this was the new me – freshly minted, raring to go.

My parents were still treating me like a delicate flower, even though it had been two months since I was out of the National Mental Health Institute (NMHI). They were protective and accompanied me everywhere. My every little wish was their command.

When I said I wanted to eat ice cream one night, my father drove all the way to Juhu, to a fancy ice cream parlour that had just opened.
I wasn’t used to my parents behaving like this towards me. I think they were afraid I would have another breakdown. Though I protested, I secretly liked it.
‘I am fine now! You don’t have to listen to everything I say,’ I said at the ice cream parlour.
‘We know. But this is a chance for us to pamper you. It is only for a little while, so enjoy it,’ said my mother.

‘Besides, it is also a chance for me to eat ice cream,’ my father added, and we all laughed.
They took me shopping to buy new clothes for college. They insisted that I should get a new backpack, new notebooks, and some nice stationery.
‘I don’t need any of this!’ I said, laughing.
‘It’s a new start, Ankita. We gave away your old college bag and notebooks when we moved here,’ my mother said.

While I was in the hospital, my parents had moved homes. The apartment was in a new building in Bandra, a coveted locality – a coastal suburb with a nice neighbourhood, large shady trees, a lot of greenery, pleasant neighbours and all modern amenities like a pool, a gym, shops as well as restaurants within walking distance. My mother loved it. I did too, but for different reasons. It meant that nobody knew me here, nobody knew my past, nobody knew of the crazy things I had done when I had bipolar disorder. I was free to forge a new identity.

Excerpted from Wake Up, Life Is Calling by Preeti Shenoy, with permission from Srishti Publishers
& Distributors

Now we are on Telegram too. Follow us for updates
TAGS
Preeti Shenoy