Tables turned: FIR against movie-goers in Bengaluru for not standing up for national anthem

A Kannada actor and his female friend had created a ruckus on seeing the group of seven students seated while the national anthem played at PVR Orion Mall on October 23.

BENGALURU: Two weeks after a video of some movie-goers heckling a group of students for not standing up when the national anthem was being played at a movie hall went viral, the Subramanyanagar police have taken up a suo motu case against the latter. No names have been mentioned in the FIR.

Some members of the audience, including a Kannada actor and his female friend, had created a ruckus on seeing the group of seven students seated while the national anthem played at PVR Orion Mall on October 23.

The video showed some in the audience shouting abuses and arguing with the students, finally forcing the students to leave without watching the movie. The people hurled abuses at the group, even calling them “terrorists” and “anti-national”. The viral video was also aired by TV news channels. 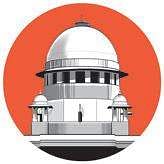 A police officer familiar with the case, said, “We will verify the facts before taking any action against the accused. Based on news reports in the media, we have filed a case on Monday for “disrespect” towards the national anthem and the accused have been charged under Section 3 of the Prevention of Insults to National Honour Act, 1971.”

He further said, “We have to verify whether the students stood up or not. The video shows arguments between the two groups, but not while the anthem was playing. We have asked the staff of PVR to share CCTV footage so that we can come to a conclusion on what exactly happened there.”

Should show respect to national anthem by standing, SC had said

According to the Supreme Court, it is optional for cinema halls to play the national anthem before every show.

A bench led by then Chief Justice of India Dipak Misra clarified that it was not mandatory to play the anthem before screenings in cinemas and the discretion was left to cinema hall owners.

However, if the anthem is played, the audience in the hall are bound to show respect by standing up, the court said, and added that exception is granted to disabled persons.

In May this year, Ashoknagar police arrested a 29-year-old sound engineer for “disrespecting the national anthem” played at a movie in Garuda Mall.

The accused Jithin, a resident of Sanjayanagar, had returned to India two years ago from Australia and was working on a film project.

Based on a complaint by one Suman Kumar, a case was registered against Jithin, who, along with his friends, had gone to watch ‘Avengers: Endgame’.

While the national anthem was being played, Jithin remained seated. Kumar asked Jithin why he was not standing.

This irked the latter and he started abusing Kumar and some other women present in the hall. He allegedly used a defamatory word to describe the national anthem.

Now we are on Telegram too. Follow us for updates
TAGS
national anthem FIR bengaluru