The good, bad and ugly that binds us together

BENGALURU: Police Commissioner Bhaskar Rao’s tweet, inviting public suggestions for improving the body language of the city cops, was much appreciated by Bengalureans last week. And as ideas – including at least one that brought attention towards their “pot bellies” – poured in, I wished it was a nationwide initiative. 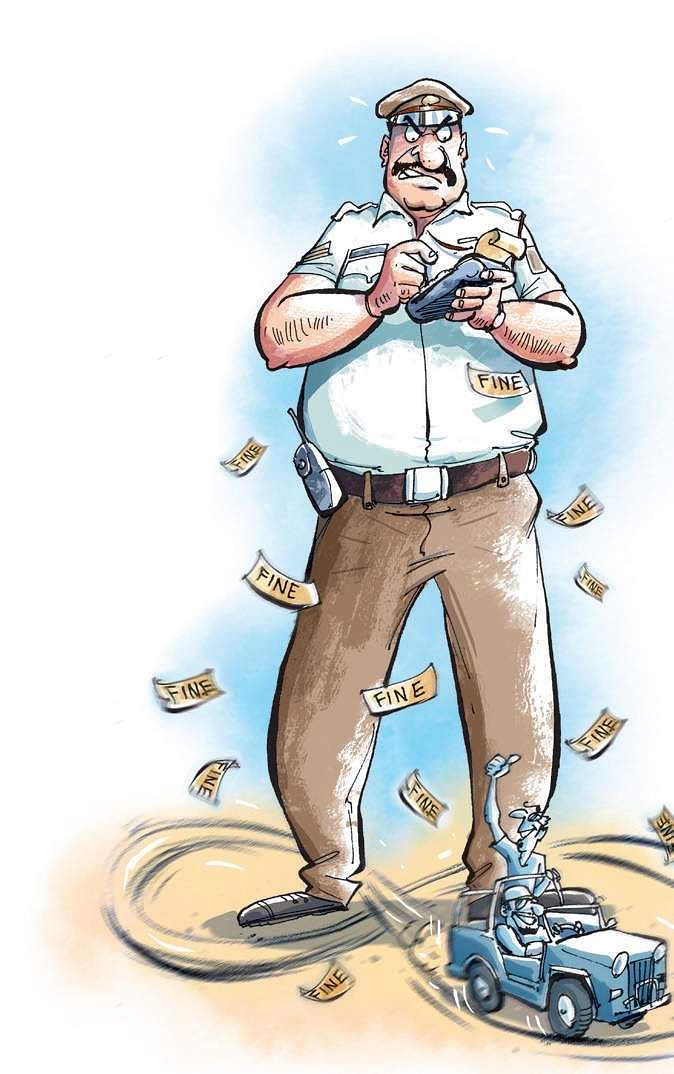 After all, our police personnel across the cities face similar challenges, and bring the ordinary citizen face-to-face with identical levels of apathy, corruption and high-handedness. Come to think of it, the sight of the men in khaki is one of the first things that make us feel right at home in any part of India. Of course, there is the sari, which I always consider a stark unifying feature across the country, taking into account variations of the unstitched garment like the mekhla, nauvari and the mundu set. Someone once pointed out to me that a bowl of hot Dal has a similar effect, and I couldn’t agree more.

But step out on the streets and the unity in diversity, from Bhatinda (okay, I just rewatched Jab We Met) to Bengaluru, is plainly evident. Nowhere else is it more visible than on the highways. Yes, there are the men peeing on the roadside, even as the women accompanying them try to appear nonchalant. Potholes and stray cattle aside, the one usual part of the landscape is trucks loaded with iron rods that jut out of the back, with a shred of a cloth fluttering about in the wind, cautioning the driver behind. Warning signs are also given through a clump of branches placed near lorries that have broken down in the middle of the road.

Ditch the highway to enter the city – any city – and you come across neighbourhood grocers who never have ‘change’ but always have candies to give as money. They, irrespective of their address, also stare at me with equal perplexity each time I tell them that I would collect the toffees, and give it back to them as cash.

Also ubiquitous across the nation are citizens like all of us, who zoom past a red signal when it’s too early or late in the day. Then there are the Ola and Uber drivers who call you first and ask for the destination, before cancelling the ride. Public transport, and BMTC buses or namma Metro is no exception, is full of commuters who either talk loudly on the phone, or play loud music on the phone, or talk loudly with a co-passenger who is listening to loud music on the phone.

And of course, there are  the two-wheeler riders who keep their heads uncovered, but cover the footpaths, using their feet for balance to avoid colliding with pedestrians. And the auto driver who first nods in refusal, and then quotes thrice the meter fare. If you do get a ride, he unloads on you his thoughts about the government, corruption, and the ‘system’. Just this weekend, I got to hear a gem of an idea from an auto driver: the government should launch an app for hailing autos, which would give it commission from the fare, prevent haggling due to online payments, and secure the drivers from bribe-seeking traffic cops. Yes, Mr Bhaskar Rao, and other bureaucrats and politicians, all you have to do is ask the public for suggestions.