Like the first chapter of a novel, it all began on a seemingly innocuous day.

BENGALURU : Like the first chapter of a novel, it all began on a seemingly innocuous day. As I was getting ready to step out of my house, I noticed a mass of hair swirling about carelessly. It took me a few moments to realise I was the only one who used my bathroom. I spoke to my flatmates, and realised they were experiencing the same phenomenon in their lives. Hair-fall was a common headache in our flat. Ever since the release of the Kannada film Ondu Motteya Kathe, there have been a number of films that have touched upon the touchy topic of premature male baldness.

I began to read up, and found that a lot of emphasis was being laid on ‘hair routine’. Honestly, I had no routine for my hair. I oiled my hair once in a while, and then washed it later. I had no loyalty to hair products and purchased whatever caught my eye in the neighbourhood supermarket. I had never paid much attention to the role of hair in my life, but I decided to read up on the purpose of hair in humans’ lives. 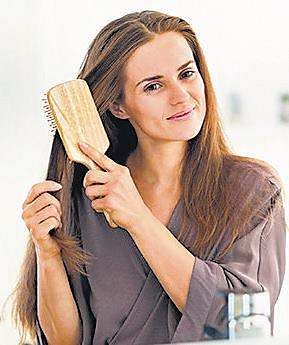 Why are human beings so hairy? What is the evolutionary reason behind the fact that the only places bereft of hair are our palms, soles and lips? While body hair was designed to protect our ancestors from bugs and dust, hair on our heads was kept in place to keep our heads cool under the hot sun. However, natural historians also believe that for the last few million years, the hair on our heads could have only been for mating purposes.

Those with long, lustrous hair were considered attractive to the opposite gender. Having gone through the research phase, it was time to slide into Remedy Mode. I found that one of the most effective solutions for hair-fall was lemon. I have found that lemon is somehow involved in every home remedy – from healthy skin to dirty clothes. Curd and aloe-vera joined the humble lemon to form the holy triumvirate of home remedies.

I began to pay attention to my hair products. I realised that shampoo companies choose their words very carefully. I found that there were products made specially for me because I was ‘worth’ it. I found ZPT formula and other high-end futuristic scientific endeavours that went into my shampoos. I also found that there were other factors that were contributing to my hairfall. I was informed of the presence of ‘hard water’ and ‘soft water’. In my innocence, I assumed that water was just a mix of Hyderabad and Oxygen. Little did I know that water came in varieties such as hard, soft, vanilla and butterscotch!

Nearly every aspect of urban life is detrimental to good hair-growth. Traffic, pollution, dust all contribute negatively. But the most heartbreaking reason for hairfall that I came across was ‘stress’. It’s all a vicious circle, dear reader. Stress leads to hair fall, and hair-fall leads to stress. And on and on it goes, till your scalp resembles a barren, dystopian land that cannot be irrigated anymore.

Scientists tell us that it is normal to shed 50-100 hair strands on a daily basis. But I realise that the best way to deal with hairfall is to let it all go. Our ancestors had no clue about their hair. The top scientists are unsure about the purpose of hair in our lives. In such circumstances, who am I trying to challenge? What am I trying to fight? To quote a popular shampoo company, it’s just not worth it!

The author is a writer and comedian