For Srikanth Iyer, table tennis has been a fun sport that has taught him many life skills

BENGALURU: Hobbies are generally activities we indulge in during our free time. But for Srikanth Iyer, the co-founder and CEO of city-based interior design company HomeLane, his hobby has been a part of his life from more than 30 years now. A lover of racket sports, Iyer was a state-level table tennis player in his school and college days and still plays the sport for an hour every morning at the Karnataka State Cricket Association Club (KSCA). 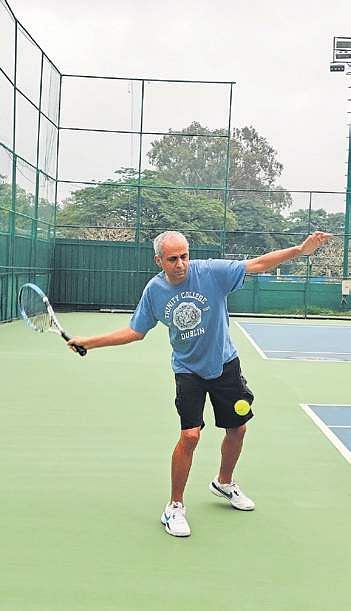 “I used to practise table tennis every morning and evening and have represented Karnataka in eight championships across the country. As I grew older, I started learning tennis and squash as well and today, sports is an important part of my routine,” says Iyer.

Daily training, however, had to take a setback during his career building days. “In the initial days of my first startup, I got little time to play table tennis. Though I missed sports, I used to take some time off to practice now and then,” shares Iyer. After having felt the difference having sport made on his life, he started regular practice and learned squash and tennis.

Sport, says Iyer, can also teach business people many lessons. “You learn how to face failures, appreciate your opponent’s good points and more importantly, you learn team work,” says the CEO, who likes to coach children in order to impart these values to them.

Using table tennis as an example, Iyer explains the kind of impact sport has had on his life, including teaching him how to make quick decisions. “Table tennis is the world’s second-fastest game. While playing it you have to be very quick. Thinking and acting fast is important in entrepreneurship also,” he says.  Crediting his former coach Jayasimha for such valuable skills, he adds, “When you play with a team, you consider the team goal rather than personal comfort. It changed my perception about what really matters and I apply this to my work as well.”

Though he is not participating in any tournaments, Iyer, whose favourite sports player is Roger Federer, follows the table tennis players of the country. “It’s true that we are not yet made it to the top 100 list worldwide. But I think we have good players like Sharath Kamal Achanta and Sathiyan Gnanasekaran. Our younger generation knows little about this sport. Maybe it is because table tennis is not a spectator’s game. It is more fun to play than watch,” he says.