From the origins of Bengaluru to the heavy British influence on iconic structures, get a glimpse of the city’s nooks and crannies which still preserve the old-world charm

Before malls became a thing in the city, the one-stop-shopping destination for Bengalureans was KR Market. The city’s largest market, it’s impossible not to find what you are looking for at the Krishna Rajendra Market, popularly known as City market. You can shop for fresh veggies, fruits, flowers and utensils at wholesale prices.

And not to forget, it will be coupled with some historic stories and anecdotes. Established in 1928, the place where the present-day market stands was once a water tank which later became a battleground. From its original architecture, only two buildings stand intact  – the front and back of the market area. Keep your cameras handy, especially at the iconic flower market which is a visual treat even for amateur photographers. We promise that the riot of colours will make you fall in love with the place. For this three-hour walk, you can register at www.unhurried.in.

Bengaluru has many temples which are filled with stories and folklore. Take a walk through these old temples and get a chance to listen to some fascinating age-old stories that have been passed on over generations. This walks will take you to temples like the Bull temple and Karanji Anjaneyaswamy temple, both in Basavandgudi. The former is estimated to have been built in the year 1537, and the architecture of the temple is heavily influenced by the Vijayanagara style. 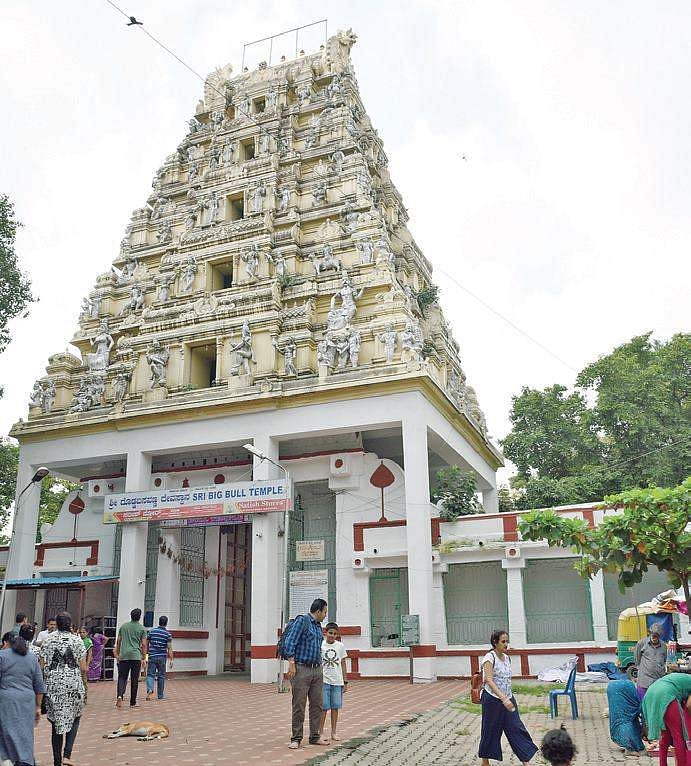 The idol of Nandi is a monolith which has been carved from a single stone of granite. The Nandi is at a height of around 4.6 metres and has a width of about 6.1 metres. Most parts of the temple have been preserve from its original structure. On the other hand Karanji Anjaneyaswamy temple has an idol of Lord Hanuman which is 18 feet. The temple also has a carved depiction of Ramayana. The walk will give you an insight into not just stories but also the architecture style. Don’t miss this walk which is priced between ` 600 and ` 1,000.

Colonial Architecture
If you are fascinated by British architecture, then this customised walk is just for you. It will cover the architecture of some major buildings of the 1860s, and the history and contribution of the five prominent figures whose statues are erected at Cubbon Park. Vijay Raghavan Thiruvady, who conducts these walks, says, “Bengaluru is the only city which still has the statues of our rulers. Cubbon continues to have the statues of Queen Victoria and King Edward.

The walk will also gives a glimpse of some of the architectural marvels like Attara Kacheri, which is now known as the High Court of Karnataka, Sheshadri Iyer Memorial Hall, better known as State Central Library and the State Archeological Museum. You can register for this walks on bangalorewalks.com. This walk starts from Queen Victoria’s statue and costs ` 700 per head.  Special rates for seniors and children.

Ode to the old
Always wondered how the lives of kings and warriors would be? Then you should not miss this walk. Here, you can explore the tales and monuments associated with Tipu Sultan, who was the ruler of Mysuru in 18th century. It will give you a glimpse into the origins of Bengaluru and its stories during the medieval times. The walk will also take you through the Bangalore Fort and the royal durbar of Tipu Sultan’s summer palace.

Through this walk you will learn about his obsession with tigers and how he earned the title ‘Tiger of Mysore’. The summer palace, which is situated in Kalasipalyam, was built in 1791, with heavy Indo-Islamic architecture. After the death of Tipu Sultan, the British administration used the palace as its secretariat before moving to Attara Kacheri in 1868. The walk, organised by Bengaluru by Foot, starts from Bangalore Fort and costs ` 600 and 1,000 per head.

Malgudi Days
High-rise buildings might be one the first things you notice when you walk around the city but Bengaluru has its small corners which still preserve the old-world charm. Walking through these houses can teleport you to a different world. Mansoor Ali, who runs Bengaluru by Foot and conducts ‘Houses of Malgudi’ walks (not to be mistaken for the popular TV series), says, “‘Mal’ is derived from Malleswaram and ‘Gudi’ from Basavangudi.

There are two parts to this walk which is conducted over two different days. While the first part is about houses in Basavanagudi, the second is about heritage houses in Malleswaram.” This walk will give you a glimpse into the construction style and techniques in olden days and how they have been preserved to this day. You will also get to interact with some of the owners who don’t mind hosting an enthusiastic crowd. These walks cost around ` 600, and start at 8 am and conclude at 11 am. The three-hour walk also includes breakfast in one of the iconic restaurants in the area.

Now we are on Telegram too. Follow us for updates
TAGS
KR Market Krishna Rajendra Market City market