Decoding the elephant in the room

When Vidya Varadarajan’s daughter was about six years old, she was trying to explain the “importance of letting momma know about problems early on.

BENGALURU: When Vidya Varadarajan’s daughter was about six years old, she was trying to explain the “importance of letting momma know about problems early on. By keeping things secret, some problems get bigger. I wanted her to understand that what we think is a big problem can often be solved easily,” says Varadarajan. This led to the writing of a children’s book, My Blue Elephant, a story about a girl who has a small secret pet elephant. The elephant gets bigger and bigger, until things turn a bit uncomfortable. 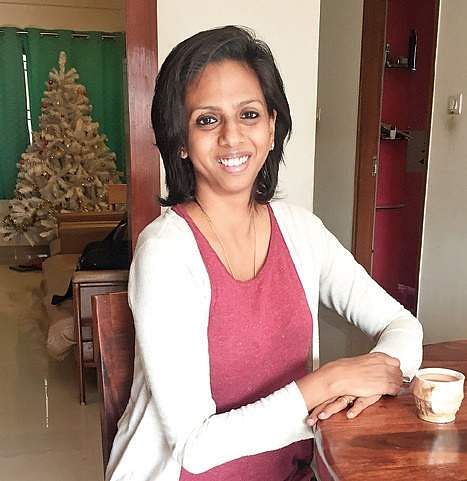 Borrowing from the concept of ‘The Elephant in the Room’, a secret everyone knows about but doesn’t discuss – this story uses the elephant as a metaphor. “Sometimes parents do know what’s going on but are just waiting for you to tell them. My dad once told me how when he was small, he fell and hurt himself in school but was scared to come home and tell his parents.  So this is something every child goes through. Secrets! Do we tell? How do we tell? What will happen? It’s important to emphasise that parents are here to help you, and should be the first choice to hear your problems. If we nurture this when they are young, and by our (hopefully, calm) reaction soothe their worries, I think they will continue to come to us as teenagers or young adults when problems get bigger,” she says.

Writing for children can come with its own set of challenges and Varadarajan points out that a story for children is like trying to get young children to listen and retain. “To say nothing of distractions and attention-spans, kids just don’t like to be lectured, and even when you think they’ve got the message they have this delightfully debilitating way of asking you ‘What does “perseverance” mean?’ oblivious to your rising blood pressure. Stories for children are the same,” she says.

Leading the digital-half of a creative agency, Varadarajan’s job entails a lot of writing. But these days, she is trying to creative for herself (her daily routine entails writing at least 400 words, no excuses, no Sundays.) “This is actually working well for me because it gives me an achievable daily goal. Once I have achieved the discipline for it, I hope to increase that word count,” she says.