Illustrator Alicia Souza will release her first book next year; the book is a series of comic strips that double up as love notes

BENGALURU: A picture is worth a thousand words. And if you’re trying to tell someone you love them, what better way to do so than coming out with an illustrative book than chronicles cherished moments from your relationship? That’s exactly what city-based illustrator Alicia Souza had in mind while working on her first book, Dearest George, slated to hit bookshelves in January next year.

Previously, the illustrator, who has 2.5 lakh followers on Instagram,  had designed a website, also dedicated to her husband, in order to announce her marriage, and says the idea for the book came from the same website. “I have a bunch of drawings on him, not because I’m overtly obsessed with him, but just because he’s around me a lot. So, he’s like my muse,” she says with a laugh and adds, “But I hate to admit this because then his ego grows.” 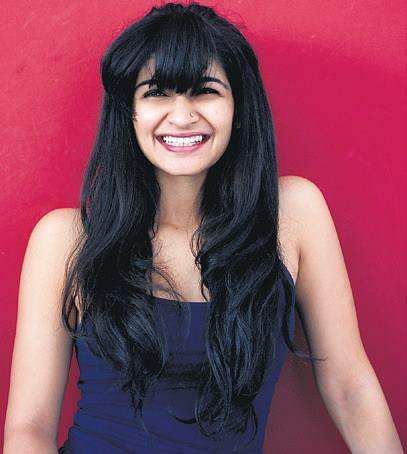 The book will contain both old and new comic strips with the usual characteristics of Souza’s popular pieces that she shares online on her Instagram feed. “I call the book a ‘love notebook’ because all the drawings are love notes of sort,” explains Souza. But while George may be the star of the comics, the context of each piece remains universal. “Instead of specific anecdotes, I chose to focus on things and common emotions all relationships go through. So anyone who is crushing on someone can relate to the book,” she adds.

Souza pitched the book to Penguin Random House in June (the book proposal was, in fact, the book itself since Souza already had enough content for a book) but it wasn’t until August that she broke the news to George. “I told him on his birthday, I hadn’t even got him a gift! I thought he would be mildly embarrassed but he just laughed and was very amused,” she recalls.

And in her attempt to be as ‘corny as possible’, Souza is releasing the book in January next year, so that people have the book in hand by Valentine’s Day. Ask her if is she’s a cheesy person and Souza is conflicted. “I hate to admit it but yes, sometimes I can be. I may not say these things upfront but I’m always thinking such things and find it easier to draw instead,” she says. Are there any more books in the pipeline? Yes, says Souza, whose next book will be very unlike this one. “I’m working on a book that answers all the questions I get as a freelance illustrator,” she says.