Man tries to get forged letter signed by DyCM, held

The accused was then handed over to the Vidhana Soudha police.

BENGALURU: After a security breach at the chief minister’s office where CM BS Yediyurappa signed a forged letter, there was another such breach at the Deputy Chief Minister Govind M Karjol’s office on Tuesday. Karjol told TNIE that an applicant had approached his office with a forged letter and was put behind bars soon after Karjol realised that it was a forged letter. What saved the day was that the letter had a signature of Mayakonda MLA Linganna and as luck would have it, Linganna was present at the minister’s office. 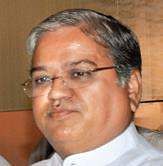 Karjol told TNIE, “MLA Linganna had come to me this morning and was speaking about theft and misuse of his letters. Just 30 minutes after the MLA left, this applicant came to me holding a forged letter and seeking grants. I called up the MLA, who rushed back to my office and told me that the letter is forged.’’ The accused was then handed over to the Vidhana Soudha police.

MLA Linganna said, “This letter concerns some government support for agricultural activities - tractor, borewell and so on. I suspect it is an organised gang with access to Vidhana Soudha that forges signatures and photocopies letterheads. The man in question worked with a minister some years ago.’’ A similar incident occurred when the chief minister signed a forged letter. It was only a month later on September 8 when the CM’s political secretary S R Vishwanath realised that the official letterhead had been stolen and forged.