Annie Zaidi’s new book, which takes place in a nameless town, explores how  violence is created in hearts and minds of people before it is created on the streets

BENGALURU: Annie Zaidi is the author of Gulab, Love Stories #1-14, and Known Turf: Bantering with Bandits and Other True Tales. Her latest book is titled Prelude To A Riot. The author was also the recent recipient of the Nine Dots prize in 2019 for her essay Bread, Cement, Cactus, which she will soon turn into a full-length non-fiction book.  Excerpts from an interview:

What was your trigger for writing Prelude To A Riot?
I was travelling a few years ago and found myself in a place where everything looked calm, but even those three or four days were unsettling. So many conversations were exposing casual bigotry and a deep suspicion of people who were not oneself, whether they were migrant workers or people who had settled in the region a thousand years ago. It led me to think of what this sort of feeling and conversation leads to. 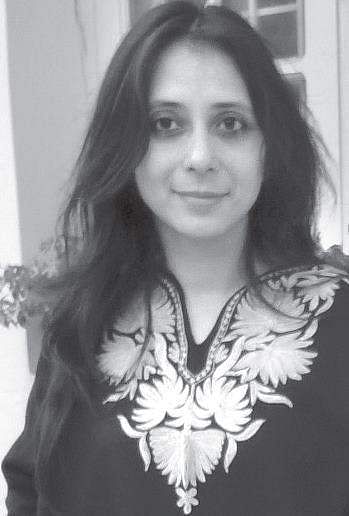 The story takes place in a town in South India but you don’t name the place. Was there a reason for this?
Naming is a tricky thing. It can be a form of truth telling, but it can also be perceived as a kind of labelling. What would have been achieved by my naming the place? Would it make the residents more thoughtful or would it make them more defensive?

People tend to react with even more aggression when they feel like they’re being accused of something, especially when they know that you are telling the truth. Instead of facing up to the truth and looking for ways to change the situation, they bury their new awareness even deeper, beneath layers and layers of denial and whataboutery. I knew my purpose is to just tell the truth and hopefully, get people to think of how violence is created in hearts and minds before it is created on the streets regardless of whether the place is called A-B-C or Ka-Kha-Ga.

Which part of the book was the hardest to write?
There wasn’t a particular section that was hard to write. The hardest part was the writing itself, and figuring out a narrative structure that will hold.

The book relies on multiple character view points. How easy or difficult is it to do that?
Fiction is essentially an exercise in empathy. Even when you maintain a singular and quite narrow perspective, like I did with my collection of short stories, the main challenge is inhabiting someone else’s world and trying to make sense of his or her feelings. With multiple characters, you do the same thing, but many times over.

Is there any character from the book you are particularly fond of? Why?
I am most fond of Fareeda. She is just the sort of girl I want to see in the world – sympathetic but no-nonsense, an assertive child brought up with a lot of love and who will hopefully hold her ground as a woman.

You’ve previously mentioned that the book started out as a short story. What changed?
A lot. When you begin writing, you don’t necessarily how it’s going to turn out. I thought I had a story, but not its contours, not its structure. When you have a draft, you try to detach yourself and figure out whether it’s working or not working. If it’s not working, why not? Then you rework it accordingly.

What advice do you have for aspiring writers?
Read. You may not be aware of it now, but without being adequately nourished through wide reading, your work suffers. I say this not only from observation but from experience. The sort of writing I did as an undergraduate was okay for my age. It got me enough encouragement to keep at it. But even that level of writing came after being a reader since I was five or six years old. I was averaging 50-60 books a year, depending on what my family could afford or what was in the library.

I’d re-read books if I couldn’t get new ones. I would like to think that my writing has evolved significantly even after my first book was published. The more exposure I had to how forms and format works, how words are deployed to tell a story in new, exciting ways, the more I was driven to experiment with my own writing. I still read anything between one and four hours a day, depending on work schedule and mood. Fiction, non-fiction, news, poetry, drama. Reading changes you, sharpens your skills, even if you are not aspiring to be a writer.