BENGALURU: Various citizens groups in the city were left fuming when they came across a notification from the state government stating the transfer of IFS officer Manoj Kumar, chief conservator of forests and member secretary, Karnataka State Pollution Control Board (KSPCB), Bengaluru, to chief conservator of forests, Canara Circle, Sirsi, but is withheld with further orders. The notification went viral on several social media platforms and people started a hashtag stating #WeNeedManojBack.

Unhappy with the decision, Pranay Dubey, president of Electronics City Rising started a petition — ‘Retain IFS officer, Manoj Kumar #WeNeedManojBack as Member Secretary KSPCB’. In a span of just two days the petition has already got at least 1,000 signatures. 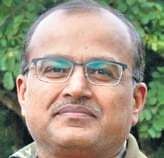 According to the citizens, the transfer came after Kumar recently submitted KSPCB reports to the High Court stating that the BBMP has not taken positive steps to comply with the provisions of the Solid Waste Management Rules 2016.

The report produced before the HC stated that the BBMP was not maintaining solid waste processing plants and dumping waste at the Bellahalli landfill. The report also stated that BBMP has not obtained consent under the Air Act and Water Act from KSPCB as far as  landfills at Mavallipura are concerned.
“He has been transferred abruptly... He has worked so much for citizen’s welfare. We can’t afford to lose him. We will get him back,” Dubey said.

Sandeep Anirudhan, member of Citizens Agenda for Bengaluru said, “Interference by political class in bureaucracy, especially against honest officials, shows that our politicians don’t desire good governance. This pandering to vested money interests needs to be countered by citizens, and requires condemnation by everyone. We demand that the Chief Minister recall the transfer order and allow the completion of reforms to the Pollution Control Board, initiated by Manoj Kumar.”

Zibi Jamal, member of Whitefield Rising tweeted, “Personally engaged with Mr Manoj Kumar during the Graphite India #airpollution campaign, he was always ready to hear us and supportive.”

Last year too, Special Commissioner (Solid Waste Management) Randeep D was transferred as Commissioner of Social Welfare Department. Even then, many citizens were against it as they believed that Randeep was improving waste management in the city. Citizens had also started an online petition which received many signatures and the transfer of Randeep D did not happen.