Dear guests, there’s been a murder!

In Awkward Guests, there’s been a murder! Mr Walton’s been killed, and it’s your job to figure out which of the seven people that were in the house at the time are responsible. The problem is that each of them had potential motives for the crime, and you’re not the only one who’s trying to solve the case. If this sounds familiar, it should — it’s basically the premise of Clue/Cluedo and a whole host of similar games besides. Awkward Guests, however, might just be the best one of the lot. 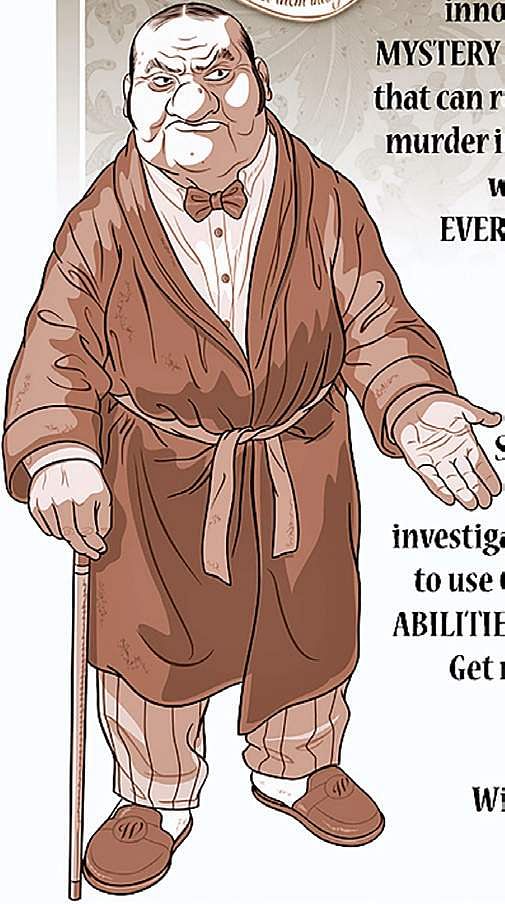 Each game of Awkward Guests must be set up according to the scenario book, which will tell you to pull certain numbered cards out of the box to form that game’s deck of cards. It’s a wonderful system that allows for multiple solutions based on scenario and difficulty, but it does require a fair bit of set-up time. Each player also gets a sheet depicting the layout of Walton’s mansion as well as each of the suspects and their motives, and a starting hand of cards.

And this is where Awkward Guests really starts to shine because you obviously don’t want to give your opponent great clues, but, if you do and he accepts your offer, he’s going to need to give you an equal value of clues back in order to do so. So if you want more information, you’re going to need to trade for it — and that little wrinkle is brilliant. Make no mistake, this is still a competitive game but the way it forces people to work together is wonderful.

As for the clues themselves, they work really well too. You have information from the police, from the staff and from the suspects themselves — the problem is, of course, that one of the suspects will be lying about where they said they were. Each suspect is all too willing to point fingers at others, further muddying the waters. The logic puzzle at the heart of Awkward Guests is extremely solid and very satisfying to unravel.

All in all, Awkward Guests is a very impressive game. The included difficulty settings allow you to customise each game to your requirements — you can set up a game not much more complex than Clue for new players if you like, and amp up the difficulty for veterans at another time. If you’re at all interested in deduction, investigation or whodunit games, this should be at the very top of your list.