How does the fortnite map change things for gamers? Not significantly enough to feature into this entire column.

The upgrade being merely a blip on the radar in the entire realm of mainstream videogames, this week — Fortnite showed how a dramatic transition is sufficient to induce excitement and turnaround it's image away from its oncoming boredom spiral. The meteor blew up its map, only to replace it with a brand new Island — which has some rugged contours, new skins and guns, and the ability to use boats. How does the fortnite map change things for gamers? Not significantly enough to feature into this entire column. 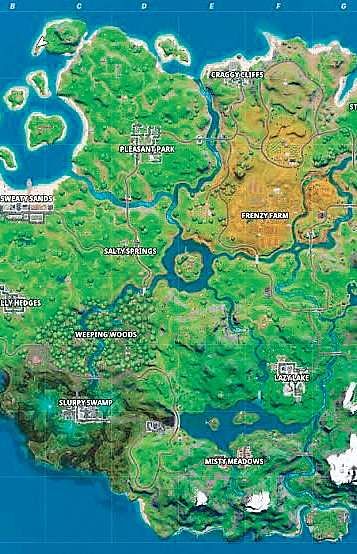 In more important news, the PS5 is scheduled to release late 2020. Sony claims the graphics are to be launched in 8K, and the console is also supposed to support 'cloud functionality', in view of all the hype surrounding Google Stadia and associated services. However, the phrase "backwards compatibility" is thrown around with much uncertainty, since the earlier versions of the PS4 didn't successfully incorporate the component.

Still not being onboard with the idea of gaming as a service, the column would be remiss if I didn't mention a good game to play this week. This week it's a game still in its demo version and yet carrying and unlikely intrigue — Backbone - Prologue. The game currently hosts just one chapter of its full version, and is free to download on Steam.

What pulled me into playing it was well-made noir art, and the Zootopia like universe with talking animals (the lead character is a racoon, and they've even built in some subtle inter-animal racism in the story). What made me stay was the very quick descent into complex dialogues and the intriguing story. Although skeptical of the level of depth in the two-dimensional point-and-click format, Backbone immediately excites with a surprisingly intense plotline and dialogues.

The detective game has choosable dialogues that impact the information you get from the character next to you, and in-game puzzles that rattle the brain for a considerable amount of time. Although the plot is linear, the interactions successfully make you feel as though you are driving the plot and the subsequent actions throughout the game. While all Fortnite worries about the replayability and support of its infinite streamers, the underbelly of gaming expands with rich stories and non-competitive innovation.