‘Mighty Rama has achieved his goals’

Hanuman went up to him and with his palms joined, he spoke to him respectfully.

BENGALURU: Rama’s glance fell upon Hanuman, the best of all monkeys, who was so dear to him. ‘Go ahead to Ayodhya and find out if all is well with the people in the royal palace!’ he said to him. ‘Go to Shringavera and give my good wishes to my friend Guha, the king of the Nishadas. He will be glad to know that I am well and he will show you the road that leads to Ayodhya and Bharata.

‘Ask after Bharata’s welfare on my behalf. Tell him about my success and about Sita’s abduction by Ravana and my alliance with Sugriva and the killing of Vali in battle. Tell him about the search for Sita and how you found her when you leapt over the boundless ocean. 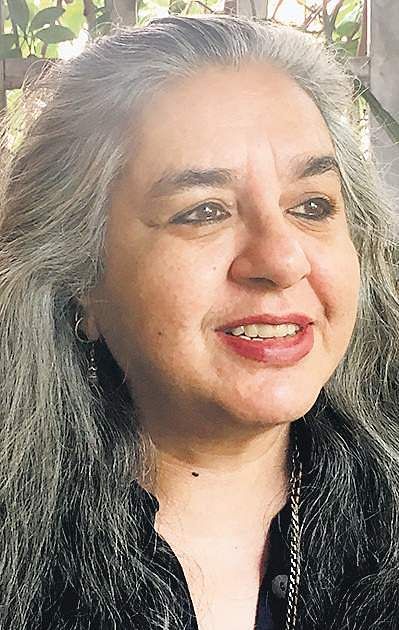 Tell him how we built the bridge and how Ravana was killed. Tell him how we saw our father again because of the grace of the great gods. Tell him, “Mighty Rama has achieved his goals. He has killed his enemy and earned fame. Now he is coming here with his friends.” When Bharata hears all this, he will reveal his emotions through his gestures. Observe them carefully, especially any sign that indicates he is not favourably disposed towards me. Note everything he says and does. Whose mind would not turn towards the kingdom of his forefathers which is filled with elephants and horses and chariots? Monkey, find out Bharata’s state of mind and his intentions and return to us before we have gone too far!’

Hanuman took the form of a man and went quickly towards Ayodhya. He leapt into the sky and took the path of his father, the wind. He flew over the confluence of the Ganga and Yamuna and arrived in the city of Shringavera. He gave Guha the news of Rama’s success and his imminent arrival and swiftly flew onwards to Nandigrama.

When he was about one yojana away from Ayodhya, he saw Bharata, pale and emaciated, wearing the skin of a black antelope and living the life of an ascetic. Bharata was tormented over his brother’s misfortune. His hair was matted and his body was covered with dust. He lived righteously, performing severe penances and eating only roots and fruits. He had restrained his senses and shone like a great rishi.

Hanuman went up to him and with his palms joined, he spoke to him respectfully. ‘Rama, the one you mourn, the man who lived in the Dandaka forest with his hair matted, asks after your welfare. I bring you good news! Renounce your grief, for soon you will be reunited with Rama. He has killed Ravana and rescued Sita. He has accomplished his mission and is coming here with all his friends. And so are Lakshmana and Sita!’

Bharata swooned with joy, but after a moment, he rose and took a deep breath. He embraced the monkey and anointed him with tears of happiness. ‘I don’t know if you are a man or a god that has come here out of compassion for me. But I would like to give you something valuable for the good news you have brought. Hundreds and thousands of cows or a hundred villages, or sixteen virtuous virgins with curly hair, golden skins, firm thighs and faces like the moon, wealthy and well-born!’

‘After all these many years in the forest, I finally have some good news about Rama!’ continued Bharata. ‘The old saying, that happiness comes to a man even if after a hundred years, is true! Tell me everything! How did Rama come to make an alliance with the monkeys? Where did it happen and for what purpose?’
Hanuman sat down and began to tell Bharata all that had happened to Rama in the forest. ‘Rama was banished by the boons given to your mother and then, King Dasharatha died of grief for his son. You were brought back quickly from Rajagriha but you did not want the kingdom. You went to Chitrakuta and, acting righteously, you invited your brother back. He renounced the kingdom but you did also and returned with his sandals. You know all thisalready, mighty one! Now let me tell you all that happened after you left Chitrakuta.