Giving salute to an ancient science

BENGALURU: Growing up, Grandmaster Akshar practised Prithvi Namaskar (Earth Salutation), Vayu Namaskar (Air Salutation), Agni Namaskar (Fire Salutation), Akash Namaskar (Universe/Space Salutation), and Jal Namaskar (Water Salutation). But over time he started realising that most yoga practioners restricted themselves only to Surya Namaskar (Sun Salutation) and Chandra Namaskar (Moon Salutation). Which is when Akshar, who runs several classes under the eponymous brand, decided it was time to put his learnings into a book. On Wednesday, his work of 10 years, Yoga Namaskar, a book on variations to different salutations, was released to the public. 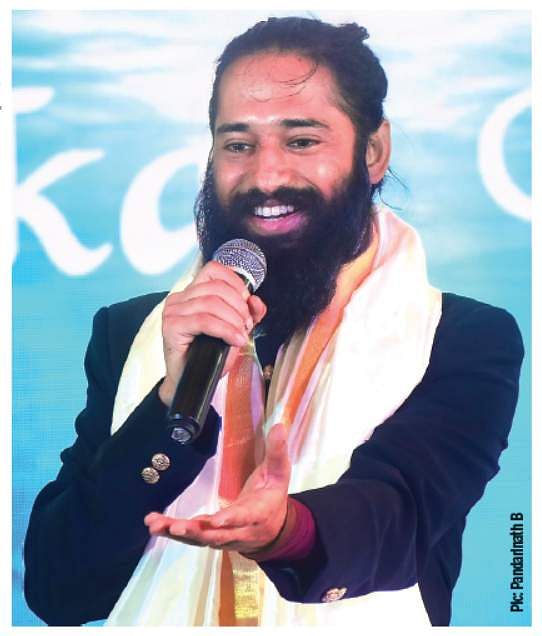 Comprising the secrets of the Himalayas, considered the birthplace of yoga, the 296-page book, published by Dorling Kindersley- Penguin Random House, offers seldom-heard yoga lessons from the Himalayas in great detail. “There wasn’t much reference material to look into except the scriptures where these forms have been mentioned. Vayunamaskar finds a mention in the Ramayana with both Rama and Ravana’s sides practising it. We are living in a treasure,” he said, adding that he mainly relied on oral tradition imparted by his gurus.

According to Akshar – who practises yoga during the early hours of the morning, he prefers to slot his writing work for the evening hours –  the yoga descriptions have been simplified for any practitioner. “There are  no restrictions on anyone who can practise them,” he says, adding, “This book is the first installment from a series of books which will reveal the secrets of yoga that the world has never seen. Yoga is a way to attain spirituality, and I would like to spread the wealth of India’s ancient science across the globe and share the fruits with everyone.”

For instance, the practice of Prithvi Namaskar, Akshar points out builds gratitude, while Jal Namaskar helps people get aware of the water element. “Someone who started practising Jal Namaskar told me he’s become very conscious of water. It’s just a small change, but every drop counts,” he says, adding that so far, he has taught over 3,000 students these variations in the teachers’ training programme.