Bengaluru experienced a breath of fresh air on Sunday night, first day of Deepavali festival. This is because the rain in the evening prevented people from bursting crackers.

BENGALURU: Bengaluru experienced a breath of fresh air on Sunday night, first day of Deepavali festival. This is because the rain in the evening prevented people from bursting crackers.

Thirteen quality sensors were installed to check on the pollution levels in localities like Thubarahalli, Doddanekundi, Siddapura, Hoodi, EPIP-ITPL area, Kundalahalli junction and Whitefield.
When officials checked the pollution levels, they were surprised to see the air quality censors showing ‘very unhealthy’ pollution at 7.20pm when most people were out bursting crackers. 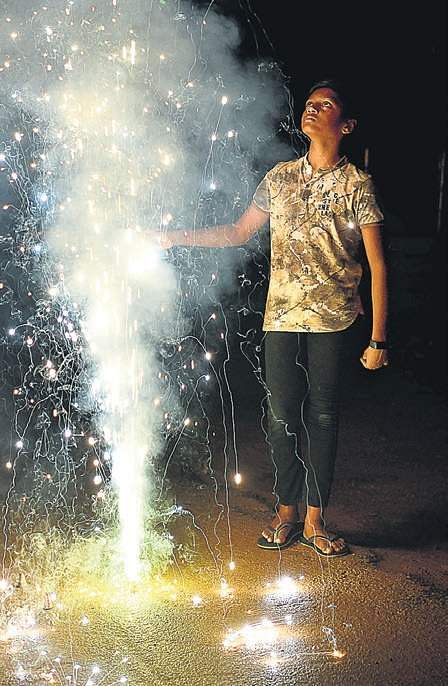 “Though the rains helped bring down air pollution, for two hours, the particulate matter 2.5 concentrations were close to 200 micrograms due to bursting of crackers, taking it to a hazardous category,” said Sunil Dahiya, analyst (energy and air pollution), Greenpeace.
“The PM 2.5 prescribed standard is supposed to be under 60 micrograms. But anything above 10 micrograms is harmful to the environment and people’s health. Breathing difficulty, asthma, risk of heart attacks increase when particulate levels are between 10 and 50 micrograms. Unlike PM 10, PM 2.5 is small and can easily enter our lungs and bloodstream,” Dahiya said.

Now we are on Telegram too. Follow us for updates
TAGS
Deepavali Diwali firecrackers Pollution