While The Earth Below is no longer a bedroom project, Raghu states that a slight shift in sound can be noticed in the upcoming album.

BENGALURU: Musician Deepak Raghu’s solo project, The Earth Below, started out as a ‘bedroom project’ in 2010 while the drummer was also a part of the sludge/ doom metal and rock outfits -- Bevar Sea, Shepherd, and Allegro Fudge. As a multi- instrumentalist, Raghu is back with his fourth album, Nothing Works Vol 2: Hymns for Useless Gods, which is set to be released on Friday. 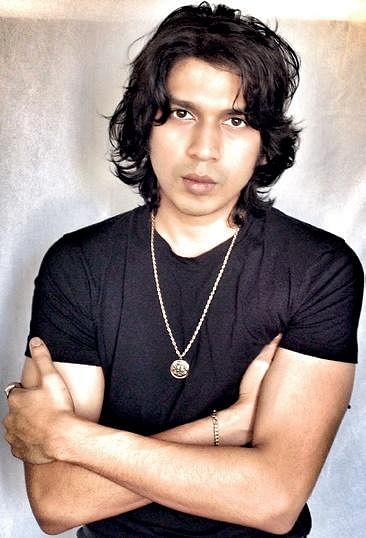 Ask him what the title is drawn from and Raghu asserts that it was partly inspired by what legendary musician Leonard Cohen once said in an interview, ‘Nothing works. Nothing in this human realm is meant to work. So once you can deeply appreciate that, the mind of compassion grows. You understand that everybody’s up against it,’ quotes Raghu, adding that while he isn’t interested in preaching any system of thought, life is a strange experience for everyone. “There’s so much external noise. It’s easy to forget what it feels like to have an independent thought of your own,” he says.

While The Earth Below is no longer a bedroom project, Raghu states that a slight shift in sound can be noticed in the upcoming album. “We recorded the album with a lot of care at Stained Class Productions, Bengaluru, and did a lot of pre-production work ahead of the sessions as well. At the same time, this album feels like the next logical step for me. The songs come from the same place in my head, but the approach this time was to capture and retain as much of the live band aspect of the recording as possible,” says Raghu, who moved to Mumbai in 2017 after a long stint in Bengaluru.

Emphasising on the song-writing aspects, Raghu says while the process is never set in stone, for the most part, it starts with his acoustic guitar. He adds, “At some point, the word and the sound meet and they go through many phases of reworking, all the way up, until the recording day. It’s a long, frustrating and tedious process for me, but I love it and hate it at the same time. This time, the focus was more on putting the listener in a space or a landscape where things fall apart, where prayers go unanswered, and suffering is a way of life.”

While Raghu’s new album comes with fresh elements of sound, a dense music arrangement and features city-based musicians Ramanan Chandramouli and Leslie Charles, it also portrays his departure from the genres of doom and sludge. So what led to his exit from bands in 2016? He reveals that it was a neck and shoulder injury which slowed him down in performance aspects. “I wasn’t very happy creatively either. As a drummer for hire, there’s a limit to how much input or influence you can have in a band. I knew I had to get back to writing music, especially after Shepherd had broken up,” says Raghu, adding that he had to start from scratch to get back in shape physically and mentally and rules out a return to the genre in the near future.