We as Kashmiris cannot afford to become engineers and doctors anymore, we have to study humanities, we have to become anthropologists, historians, playwrights and film-makers.

BENGALURU: We as Kashmiris cannot afford to become engineers and doctors anymore, we have to study humanities, we have to become anthropologists, historians, playwrights and film-makers. Kashmir, with its history and culture, has to blossom,” says Srinagar-based Arshad Mushtaq, the theatre director and cultural activist, who was in town for the staging of his plays, Fading Memoirs and Bea Chus Shahid (I am the Witness). Speaking to CE, he expressed his discontent with the society in Kashmir, which he claims has never invested enough in the field of art and has rather hidden away the next generation from exploring the field altogether. 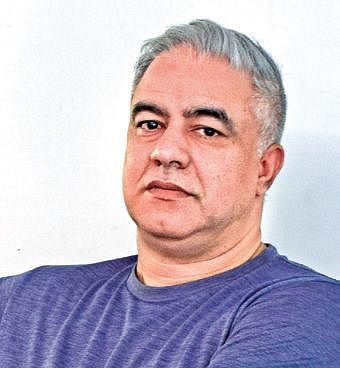 Speaking on the subject of his plays, Mushtaq states that Bea Chus Shahid – a play in Kashmiri language – revolves around the journey of an elderly man who carries letters and comes in contact with a young cricket player. “The story takes a turn on how the younger individual goes through the letters and further goes on to shoulder the responsibility of carrying the messages to which he is witness to. Wherever it has been performed, Kashmiris relate to it.

It’s been 10 years of this play running around,” he says, adding that this play makes one cry but that’s the catharsis every Kashmiri needs. Ask him on whether audiences have faced difficulty in understanding the language, and he says, “The craft is self-explanatory. Even if the play is read to you, as a Kashmiri, one will undoubtedly connect to it, but when the audience is an outsider, it is a challenge, and that’s where the craft and theatre comes in.”

When it comes to the English play, Fading Memoirs, the play depicts poetic expressions from the works of acclaimed poets such as Shaikh Ul Alam, T S Eliot, Rasa Javidhani, Mehmud Darvaish, Agha Shahid Ali and reflects the sensibilities that emanate from society. “The punchline is that ‘memory is a responsibility’. The memories of my grandparents may be fading away, similarly the memories of a person’s funeral I attended in 1992 might also be fading away. So this is a remembrance project.

I have to take it to the next generation and if you keep memories alive of those who shaped us, that’s what keeps us alive,” says Mushtaq He further recalled his early days and emphasised that he hails from the Valley’s prominent watchmaker family Garisaaz, which introduced watches to Kashmir in the 1800s. However, his interests were different as he would go on to pursue English literature in Delhi University followed by a Masters degree from Kashmir University and further moved to theatre in order to pursue his cultural interestsMushtaq drew influences from his maternal grandparents with whom he grew up in Nowshera.

“It was a place where nobody would tell you to complete your homework but it was okay if you read a book instead. Then the insurgency took place and it changed a lot of things. This was also a time when kids were sent out of Kashmir to study to prevent them being engaged in conflict. As a 15-year-old, I went to seven funerals a day. Once, mourners were shot at during Maulvi Farooq’s funeral proceedings and a friend of mine, Aijaz, who was only 8 or 9, was shot in the head while he was giving a shoulder to the body,” he says, stressing that these experiences are crucial influences towards his work and daily life.