When I received my Wisden India 2019-2020 edition, I was both saddened and excited.

BENGALURU : When I received my Wisden India 2019-2020 edition, I was both saddened and excited. Saddened because it was the last edition, but excited to read the numerous articles edited brilliantly by Suresh Menon, especially since the edition was meant to be released after the Cricket World Cup of 2019, the dramatic Final of which I personally witnessed.

I have collected and savoured every Wisden India edition since its debut in 2012. I played a small role in getting Satya Nadella to write a piece in the 2017 edition (by making an introduction) and I have myself contributed a piece to the 2016 edition. I have collected the No. 17 of every edition (that’s my lucky number) and gifted No. 10 to my friend Ashwin Kartik (since he is a huge fan of Sachin Tendulkar). It was one book that I used to read religiously every year, since it is without doubt the best book on cricket (I don’t care much about the scorecard of obscure matches though!). This brings me to some of the books on cricket by Indian authors — which have been few and far between — and I am not including biographies churned out every year that give no new insights and are mostly hagiographies that are ghost written.

The last one that I really loved was The Fire Burns Blue: A History of Women’s Cricket in India by Karunya Keshav and Sidhanta Patnaik. The book captures the journey of women’s cricket from the 1970s to its pinnacle in 2017 with India reaching the World Cup Final. There are also some very interesting tidbits interspersed throughout the book. It is a much- needed history of women’s cricket, which has mostly existed as oral history till date. I read the book after the Bengaluru-based author Sidhanta Patnaik tragically passed away at the young age of 34.

Here was a budding writer and journalist who showed the promise to turn out wonderful cricket literature, but whose life was cut short.
Ramachandra Guha is without doubt one of India’s finest historians, and thank God, he also writes about cricket with as much passion as he writes about Gandhi! His A Corner Of A Foreign Field will find a place in any top 10 cricket books of all time. This groundbreaking, elegantly written book was initially conceived as a biography of left-arm spinner Palwankar Baloo which later expanded to become a social history of cricket in India. I am restricting myself to only one book per author, or else many more books by Guha would be included among my favourites. 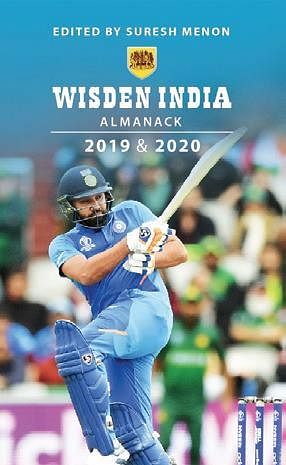 Boria Majumdar is a brilliant researcher, commentator and author and his books include Sachin’s biography (which was a disappointment), but Eleven Gods and a Billion Indians was detailed and insightful, going deep into every Indian cricket tour since 1886 — taking the reader backstage to when India played its first test in 1932, and bringing the story forward to the more contemporary IPL — to provide a complex and nuanced understanding of the evolution and maturity of the game. The book also includes controversial topics that have not been in the public domain, like Monkeygate, the suspension of Lalit Modi, spot-fixing, and the phase of judicial intervention.

Mihir Bose is another prolific writer and his wide range of books include a look at how India has evolved since Independence, the only narrative history of Bollywood, biographies of Michael Grade and Subhas Bose, a study of the Aga Khans, and of course, cricket. His latest book, The Nine Waves – The Extraordinary Story of Indian Cricket, tells the story of the nine great waves that have rolled through the history of Indian cricket, from India’s international debut in 1932 to the incredible achievements of Virat Kohli’s team today.

I have enjoyed reading Aakash Chopra’s Beyond the Blues and Out of the Blue — both capturing an intriguing account of Rajasthan’s incredible clinching of the Ranji Trophy during the season of 2010-11. Having hosted Aakash for a talk at my organisation, I have not only read the book but heard the story firsthand — of how an underdog team upset many well-crafted strategies of much bigger rivals during their course of creating history, undoubtedly warming every cricket fan’s heart.

It is hard to write cricket books that are timeless, as most of the interest drops after the end of a ‘forcing function’ such as a world cup or a series, but if there is any book that can be reread long after a series is over, it is Rahul Bhattacharya’s Pundits from Pakistan: On Tour with India, 2003-04. The book tells us how the tour had an impact that went far beyond sub-continental cricket in terms of the goodwill and sense of bonhomie it created between the people of the two countries, thereby encouraging peaceful relations.

And finally, I have to admit that I watched Selection Day before reading the book. It is a 2016 sports fiction novel written by Booker Prize winner Aravind Adiga and I felt the book was as good as the Netflix series.With the end of the Wisden India, I hope the vacuum in cricket literature from India is soon filled, and that some other high quality publication would emerge, to continue to keep track of the pace and standard of the Indian cricket team.