In memory of a village lost forever

The devastating effects that technological advancements can have on habitation came to the fore with the screening of a documentary in the city.

BENGALURU: The devastating effects that technological advancements can have on habitation came to the fore with the screening of a documentary in the city. Remembering Kurdi revolves around memories and stories of residents who hail from the submerged village of Kurdi, Goa. On January 10, the documentary, directed by Saumyananda Sahi, was screened as part of Submerge at Bangalore International Centre, Domlur. It was followed by a panel discussion featuring the presenter in the film, Gurucharan Kurdikar, with academician-writer Rashmi Sawhney. 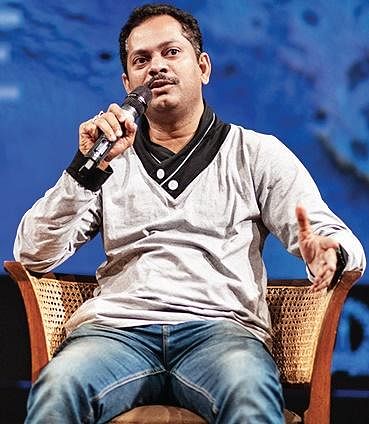 Kurdikar, who hails from Kurdi and has been living in Bengaluru since 2003, recalls that in the 1980s, over 630 families from Kurdi were displaced and allotted agriculture and residential land in two villages 15 km away — Vaddem and Valkinim. Kurdi was submerged due to the dam built across Salaulim, a tributary of the Zuari, and a reservoir built to supply filtered water for south Goa’s growing population.

Every summer, when water levels recede, former residents come together to recall their past. The initiative was started by Kurdikar in 2014 with 30 people, and has grown to 7,000 people coming together to celebrate their roots. “When water subsides for a month every summer, the land is almost a desert, which is unfit for cultivation purposes. The land in Vaddem is not fertile and the crops will wither away if there is no water for a week, so these are aspects one should look into apart from the people being affected. The people of Kurdi sacrificed their land for South Goa’s water shortage,” says Kurdikar.

Since 2003, Kurdikar has ben visiting Kurdi in summer to catch a glimpse of his village. “For a person who grew up in a village and moved to a city, I can only describe it as terrible. That’s why I make it a point to go back during summer. The initiative to hold a gathering was started in 2014 as a part of the documentary and last year, we had close to 7,000 people join us. With this annual gathering, we are giving an opportunity to people, especially the younger generation, to connect back to their roots,” he adds.

Although the residents were compensated by the government, which Kurdikar describes as a win-win situation for them, he also emphasised on the agricultural loss due to industrial developments and modern advancements. “We have to come up with some alternatives instead of destroying the environment. For example, if today, it was to be ascertained that the dam built across Salaulim is not required, the agricultural fertility of the land still can’t be restored. The repercussions are so permanent that one cannot restore or recreate,” he says.