On track with new ATV

In an attempt to create mechanical marvels in the field of all-terrain vehicles, students of RV College of Engineering, unveiled GT20, their latest ATV on Monday.

BENGALURU: In an attempt to create mechanical marvels in the field of all-terrain vehicles, students of RV College of Engineering, unveiled GT20, their latest ATV on Monday. The college has been leading the race since the initiation of Team Helios Racing (THR) in 2005, which became the first Indian team to compete in an international inter-collegiate design competition – BAJA Society of Automotive Engineers (SAE) – in 2006.

Chinmay Burkinkere, captain, THR, says, “Some critical upgrades this year are in the areas of acceleration, top-speed and handling. Being an off-roading vehicle, it needs a reliable suspension system which is capable of taking on rough conditions. We upgrade these aspects every year.” The vehicle’s design is optimised on conditions and loads, which it will have to face.

At BAJA SAE events, teams of students from universities all over the world design and build small off-road cars. The goal is to design, build and race off-road vehicles. In 2015, THR was crowned champions in BAJA SAE, Pithampur, and secured second place at Rochester, USA in 2016. “We are looking forward to compete in the event, which will be held from January 22-26 , followed by international rounds in Arizona from April 14-19,” says Burkinkere. 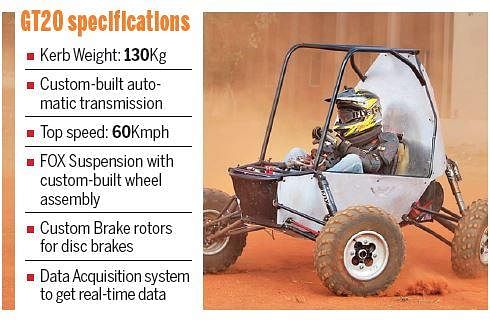 In a relief for India, European Parliament delays vote on anti-CAA motion till March