‘Sam had been shot in the stomach and lungs’

Sam joined the first batch of the Indian Military Academy (IMA) in Dehradun. The Adjutant Captain’s name was J.F.S. McLaren.

BENGALURU: Sam’s older brothers had been sent to England to study. Sam was keen on becoming a gynaecologist. His father, a doctor, said, ‘Son, if you do well in your Senior Cambridge exams, I will send you to England.’ But when Sam topped his class with distinction, his father said, ‘My son, I’ll keep my promise to you. But you are only fifteen years old. I’ll send you when you are eighteen.’ Angry at the delay, Sam didn’t speak to his father for eighteen months. One day, he saw a newspaper advertisement for enlistment in the army. He borrowed five hundred rupees from his mother and went to Delhi to take the exam. 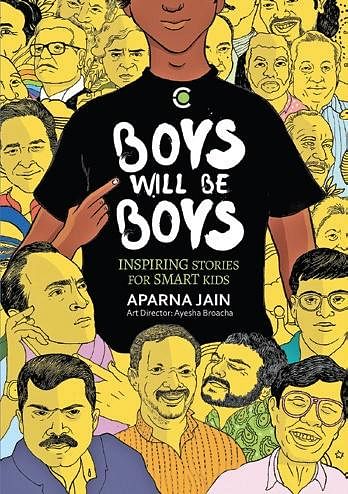 Sam joined the first batch of the Indian Military Academy (IMA) in Dehradun. The Adjutant Captain’s name was J.F.S. McLaren. When Sam was commissioned, he too wanted such impressive initials. To his name, Sam added his father’s, grandfather’s and great-grandfather’s initials, and called himself S.H.F.J. Manekshaw! His first year was with the Royal Scots, who couldn’t pronounce his name, so they just called him Mister Mackintosh!

In 1942, when the British Army went to war against Burma, Captain Sam Manekshaw and his troops defended the bridge over the Sittaung river with great valour. A Japanese soldier emptied nine bullets into Sam’s belly and lungs. No one thought he would survive. His English commander removed his own Military Cross and pinned it on the severely wounded Sam. Semi-conscious, he was taken to a hospital thirty-six hours after he was wounded.

Sam’s orderly, Sher Singh, went looking for a doctor. He found an Australian surgeon, and told him that Sam had been shot in the stomach and lungs. Stomach and lung wounds were almost always fatal, so the doctor replied, ‘Then I won’t waste my time on him!’ Sher Singh insisted and took the doctor to see the now-conscious Sam. ‘What happened to you, young chap?’ the doctor asked. Always one for jokes, Sam said, ‘A bloody mule kicked me.’ The doctor laughed. ‘I see you have a sense of humour. You might be worth saving!’ he said and wheeled Sam into surgery.

In 1947, when India became independent, two countries were born: India and Pakistan. Prime Minister Jinnah said, ‘Stay in Pakistan, Sam.’ But Sam came to India and joined the Gorkha Rifles as their first non-British officer. Once, he asked a Gurkha sentry, ‘Tere naam ke cho?’ (What is your name?) ‘Harka Bahadar Guru!’ the sentry replied. Sam mischievously said, ‘Mere naam ke cho?’ (What is my name?) The sentry was taken aback and said, ‘Sam Bahadar!’ Sam loved the name, and it stuck for life: Sam Bahadur or Sam the Brave.

In 1962, China attacked an unprepared India. Sam was the Commandant at the Staff College in Willingdon when Nehru called him. ‘I have a vigorous enemy, Sam. Will you take over this battle?’ Sam salvaged the battered morale of the soldiers, and with the help of the Air Force, tried to bring the situation under control.

In 1969, when Indira Gandhi was prime minister, Sam got a phone call. ‘Sam, you have been appointed Chief of the Army Staff by Mrs Gandhi.’ Sam went to his wife and said, ‘Darling, aren’t you happy?’ She turned to him and said, ‘Well, I always knew you were going to be Chief.’

Sam and Mrs Gandhi shared a great rapport. In April 1971, a revolution was brewing in East Pakistan. Indira Gandhi said to him, ‘Sam, look at these reports about how unhappy people are!’ Sam said, ‘Prime minister, what does it have to do with me?’ She said, ‘I want you to march into East Pakistan!’ ‘But that would mean war!’ Sam retorted. ‘If it’s war, it’s war!’ said Mrs Gandhi. Sam said, ‘Have you read the Bible, prime minister? It says, “Let there be light.” And here you are saying, let there be war!’ Eventually, Sam relented.

On December 4 at 4 am – four was Sam’s lucky number – the Indian Army attacked the Pakistani fighters in East Pakistan. Every morning, at 8.30 a.m., Sam would meet the prime minister for coffee and brief her on the war proceedings. The war lasted thirteen days, and 93,000 Pakistani soldiers surrendered. Bangladesh became an independent country, and Sam was a hero – again.

In 1973, the prime minister gave Sam the title of ‘Field Marshal’. A fortnight later, he decided to retire from active service and moved to Coonoor with his wife. He had spent forty years in the Indian Army.
He died in 2008 after an illness that required hospitalisation. His last words were, ‘I’m okay.’
Excerpted with permission from Boys Will Be Boys by Aparna Jain, Published by Context (Westland).

'Bangladeshi terrorist' on lookout for me, claims BJP's Kailash Vijayvargiya