Survival of the fittest

The quest for the fabled city of El Dorado has consumed many explorers, perhaps the most famous of which was Percy Fawcett.

BENGALURU: The quest for the fabled city of El Dorado has consumed many explorers, perhaps the most famous of which was Percy Fawcett. Fawcett was last seen heading deeper into the Amazon rainforest in search of the lost city, and was never heard from again (a tale you might’ve come across in the book/movie The Lost City of Z). The Lost Expedition puts you and your friends in charge of a similar party of explorers, and dares you to succeed where so many failed. 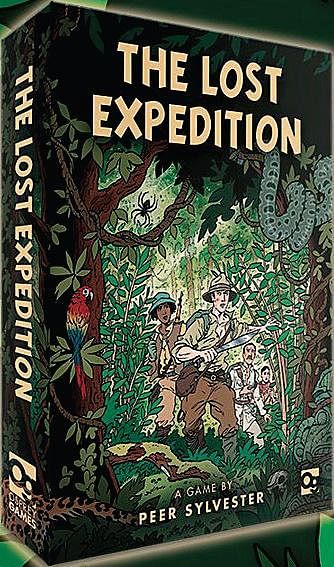 Before all else, it needs mentioning that you can play The Lost Expedition solo, competitively or cooperatively. For my money, the cooperative game mode is where the game really shines and so that’s the one I’ll be talking about today. The first thing you notice about this game is the artwork. There’s no two ways about it — this is a drop-dead gorgeous game. Even when the actual subject of the card art is unsettling — piranhas or leeches or snakes of various types — there’s no denying how captivating it is. Comparisons immediately spring to mind with the art style of Tintin and similar series which, in my opinion, is high praise in itself; but artist Garen Ewing kicks it up a notch. Added to the fact that the cards are big — the size of tarot cards — the beauty of the illustrations are given every chance to blow you away.

The game itself is divided into a morning and evening phase. In each phase, each player will play half the cards in their hand; thus playing all the cards in the course of a single day. These cards represent the challenges and encounters you’ll face in the course of your exploration, and often offer the group a choice of how to deal with them. For example, you can run away from a panther, taking wounds in the process, or you can use some of your precious ammunition to take it out, which will reward you with some more food that might get you through the day.

Here’s where it gets tricky, though — like so many other wonderful co-op games, The Lost Expedition doesn’t let you communicate with the other players. You’ve got to play cards out, hoping that they sort of work with what other players are going to do, or that the others won’t mess with your plans. Maybe you’re holding on that aforementioned panther card, because you’re confident of shooting it and replenishing your food supplies, but then one of the other players winds up trading your bullets away to a friendly tribe who can help you find a path through the jungle — which is how you win the game. If your expedition manages to move through nine jungle areas (at normal difficulty) with even one party member left alive, you win.

The Lost Expedition is an excellent game. Like any great co-op game, it is tough and unforgiving and demands that you be at your very best to even come close to overcoming its challenges. It’s a blast to play, and an absolute stunner when it’s all laid out on your table, and so it is one of the easier recommendations I’ve made.

Oath: Chronicles
of Empire & Exile
All right, that certainly is quite a mouthful of a title, but here’s why you should be excited about Oath — it’s by designer Cole Wehrle, most famous for the beloved Root, and he’s teaming up with Root’s artist, Kyle Ferrin, once again. So it’s going to be interesting to play, lovely to look at, and it launches on Kickstarter next week — what’s not to like?

Kemet: Blood & Sand
Kemet is one of the finest area-control games out there, which is why everybody’s interested in Blood & Sand - Matagot have just announced that this is a new revised edition of Kemet, with a streamlined rulebook, new art, improved miniatures and a new map. If you haven’t bought Kemet yet, this edition might be the one to wait for.