Last month, the news of Chief Minister BS Yediyurappa announcing a `5,000 compensation for taxi and auto drivers came as a relief to the group of workers hit by the COVID-19 pandemic.

BENGALURU: Last month, the news of Chief Minister BS Yediyurappa announcing a `5,000 compensation for taxi and auto drivers came as a relief to the group of workers hit by the COVID-19 pandemic. However, when software professional Kauser Rabbani learned that many of them were struggling with the procedure to file for the claim, he knew he had to step in to help. Like Rabbani, other software professionals and businessmen in the city have come together to form a group of 10 volunteers, who are now dedicating their time to help auto and taxi drivers. In the one week since they started the initiative, the group has helped 10 drivers fill the form on the Seva Sindhu portal. 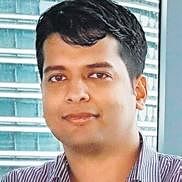 “Some of them told us that illegal brokers were asking them to shell out `1,500 to fill out the form for them,” says Shazin Siddiqui, another member of the group. The beneficiaries have to give the volunteers details of their Aadhaar card, driver’s licence, vehicle registration card, etc. Post this, the two get on a call where the volunteer registers their number on the portal, fills in the details and forwards the receipt generated to them.

“We wanted to make the digital process easier for them since some of them aren’t comfortable with it,” says Siddiqui. Rabbani agrees, recalling how one driver told him he had gone to a post office to seek details and then learned about the portal. “We also get calls if they get confused about some technical terms. For example, one of them didn’t understand what a health certificate for the vehicle is. We then explained how it meant the pollution certificate,” he says.

The team has also helped about 30 drivers get an update about the status for their application, by checking it for them. While all 10 volunteers are professionals, they ensure that at least one of them is free to take a call through the day.