Century-old State Central Library is home to more than three lakh books, including over 500 rare books that cannot be borrowed

Bengalureans breathed a sigh of relief when news about the demolition of Central Library turned out to be a rumour. “It’s fake news. It is a heritage building, there no question of demolishing it,” says M Sarojamma, deputy director, State Central Library, or the Sir Seshadri Iyer Memorial Library. Last month, the library released an e-library app, which has access to more than 1 lakh books, and can be used by anyone on their mobile phones. However, many still prefer visiting the library. 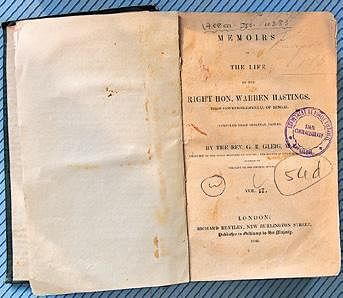 Seeing a footfall of 500 visitors per day, the library has an avid number of visitors, most of them being students. “Mostly, law and research scholars, along with those preparing for civil service examinations visit the library,” says  G S Prema Murthy, one of the librarians. With seating area for more than 250 people, the library is always filled with visitors, but the preferred time for most of them is morning. Shruti Rajan, who is preparing for CA exams, says availability of study material makes it easier to study in such a peaceful environment. “I like reading here during any time of the day but I prefer mornings because it is peaceful,” she adds.

The library has over three lakh books and periodicals. Built in 1908, this iconic red-brick structure, constructed in a classic European style with Tuscan and Corinthian columns, stands out in Cubbon Park. The building has three sections – the main hall, where most of the books are kept; first floor, which is an exclusive space for reading; and the basement, which has been shut for more than 70 years. The library started off with less than 5,000 books in 1915.

Built in the memory of Sir Seshadri Iyer (former diwan of Mysore) for his service to the British Raj, the library was taken over by the Karnataka Government in 1966. The library also has more than 500 old and rare books, which can’t be borrowed by public. It also has a dedicated reading section for women. Till date, the library has had about 84 lakh members. There is a separate Braille section, with each book being complemented by an audio CD. The library was closed for renovation for a few months in 2016, the first time in 100 years.