A full plate of concerns

The city has seen a number of new restaurants crop up the past few months, but the night curfew has left them concerned about lower footfall and a fall in business as they struggle to stay afloat

BENGALURU : Weekends in Bengaluru usually comprise fun company, a pitcher or two of beer and a range of good dishes at one of the many new restaurants popping up in the city. While the last few months finally saw the food scene coming alive again, new restaurants are once again left concerned about their future as the night curfew came into effect on April 10.

Take, for instance, Ikigai Bangalore, an Oriental kitchen and cocktail bar, which opened just a week ago. HA Swaminath, partner at the restaurant, explains, “We were seeing at least 70 per cent occupancy in the evenings. It’s more than a 50 per cent loss for our entity.” The past Saturday, they had less than 20 per cent of the usual clientele and had less thanRs 30,000 sale. The problem is similar for Nirav A Rajani and Diep Vu Ngoc, who are co-owners of the soon-to-open Hanoi. The restaurant – slated to open doors on Ugadi – will now have to do so with half their staff strength and a limited inventory. 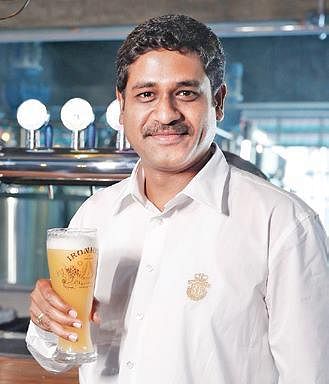 The couple’s other restaurant - Patios in Jayanagar - which was renovated recently did see 65-70 guests over dinner on Saturday, but this number was still lesser compared to their usual weekend footfall of 150 to 180. Sharing his concerns, Rajani says, “We, as an MSME sector, are not getting any aids or relief packages to sustain these blows. We are supporting all our staff by paying full salary and their expenses of stay and food over and above our rentals and utilities that will not be covered by the sale that we have.”

At the recently-launched Ironhill, which claims to be the world’s largest microbrewery spread across 1.3 lac sq ft, the past Saturday saw the same footfall as any other weekend. While they closed operations by 9pm, the management hopes that the curfew won’t extend beyond April 20. “Our weekend crowd is alright but the concern is over the weekdays. We’re anticipating a 70 per cent drop in business,” says Teja Chekuri, managing partner at Ironhill India.

These may be tough times for the F&B industry overall, but the vaccines and hopes of restrictions over a complete lockdown is what is helping players keep their hopes intact right now. “There’s no denying that the past few months have been tough on the restaurant owners and staff everywhere. We thought this might be a great opportunity to showcase how we are dealing with and what’s going on.

For instance, taking extra effort to support the people employed in industry and creating opportunity for more jobs. There’s a very real, very human story behind every restaurant,” says MD Ikram, who is a partner at The Garden by Nu Air with MD Farooq. And in order to cope with the pandemic, they are also testing different social media channels to reach regulars and potential guests. “We are also thinking of deliveries and curated shisha and food home experiences for people,” he adds.