The studio of The Little Theatre in Nungambakkam is a flurry of activity ahead of its current Christmas pantomime. A heady mix of parody, musical and theatre-based on the evergreen Star Wars franchise, no less – their ‘Star Wars-A Panto Menace’ is a rib-tickling take on the iconic original trilogy. As always, the performers include an adult cast of long-time collaborators and first-timers, joined by close to 90 children. As they take centre stage this week, City Express goes behind the scenes to check out what goes behind the choreography and props in their latest offering. 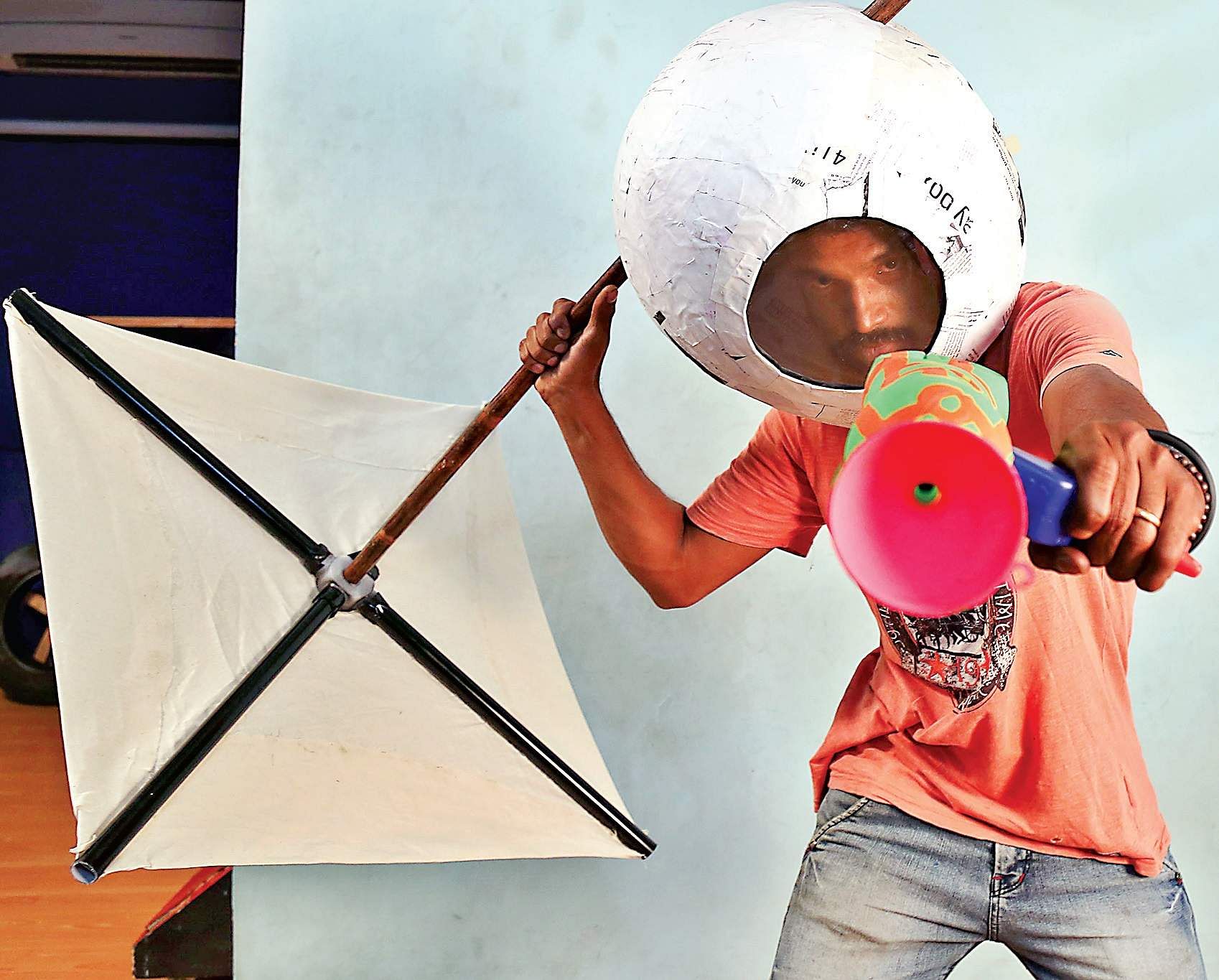 Both departments are being handled by Little Theatre mainstays Vikas Rao and Ashley Shillong, choreographers who have been closely related to several of their previous productions. “I’ve been choreographing The Little Theatre pantos for the last six years,” says Vikas. “I’ve experimented a bit from last year’s pantomime. I’ve gone with a more lyrical bend to the choreography, with elements of hip-hop and contemporary dance as well. It’s going to be a different take – whatever they’re emoting will be in sync with the lyrics.”

He shoots of two fast numbers that feature in the panto — Kaala Chashma and Moves Like Jagger. “It’s almost like a Bollywood movie; we have musical interludes after certain acts that serve as entertainment. While Kaala Chashma is retained as it is for its energy, the lyrics for Moves Like Jagger have been changed a bit to suit the mood and style of the panto.”
The 10 tracks featured in the panto have been re-mixed by Nipun Nair, another collaborator who is working in Hollywood. “I’ve also added elements of lyrical hip-hop. Another contemporary dance number is the mashup Ennodu Nee Irundhal/ Lay Me Down by Vidya Vox. This will also be a lyrical interpretation, with two characters singing while the other two will be emoting,” he adds. “It’s something that hasn’t been tried before in theatre. So that’s another aspect we’ve brought in.”

Vikas adds that it was especially challenging to teach the three sets of children in the pantomime, each of which was trained in three different workshops. “The children from red, blue and green workshops are doing four different songs. With children, you need to keep them occupied while also helping them understand intricate stuff like weight transfer during dancing. With the older actors, it was easier because those who picked it up quickly could help those lagging behind.”

Vikas also has a surprise, which he says will be under wraps until the audience actually gets a glimpse of it. But it will involve fellow veteran Ashley as well, who adds, “I have choreographed the dances since 2006, before making my way to singing and acting. But this time, I’ve ventured into making the props for it. The bigger challenge was making the space ships – and R2D2!” he grins, as he leads us through the motley workshop where he created his props.

‘Ray’ guns made out of plastic bottles and painted with pop-out colours are strewn around. In order to give it a very space-y feel, cardboard cut-outs of circuit boards were created. “It’s a big production, especially since we’re doing a popular franchise like Star Wars, there are a lot of individual characters, which reflects on the choreography and the props too.”

Certainly the most popular, and most awaited as well, will be Darth Vader’s mask! “I’ve also created a prop of the TIE Fighter in the film. The whole idea was to make props with whatever we could find. Also, a lot of paint used is fluorescent, and they glow in the dark, giving an added element of fantasy.”