The representatives of 26 public libraries met in Chennai under the INELI banner recently MSSRF is implementing the programme locally with induction of soft skills training.

As many as 26 libraries across the country including the Connemara Public Library in Chennai will be getting a major facelift this year, thanks to a global initiative that aims to strengthen libraries. The move funded by the Bill and Melinda Gates Foundation has handpicked 40 libraries in India as part of a global programme and will focus on making them more reader-friendly. 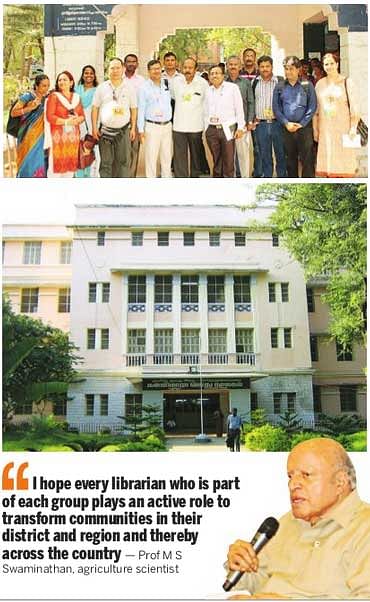 The representatives of the 26 public libraries met in Chennai recently under the International Network of Emerging Library Innovators (INELI) which is spearheading the revamp of libraries. The programme will be implemented by the M S Swaminathan Research Foundation (MSSRF) in the city and will facilitate everything from leadership skills to soft skills training for maintaining libraries besides incorporating the necessary technology to make them widely accessible for the general public.

“We are not just looking at the infrastructure upgrades alone, but also educating librarians to run them better. We even have an online course on improving efficiency,” said Jayashree, a MSSRF representative.

The programme aims to enhance public library landscape in India with easy access for people to use relevant information as the larger goal. “The first batch of 26 professionals from 16 states and 2 union territories had its training between February 9 and 12. While the second and third international meetings will be convened shortly before the online course that will train the librarians. I hope every librarian who is part of each group plays an active role to transform communities in their district and region and thereby across the country,” said professor M S Swaminathan, founder, MSSRF.

The INELI-led programme will cover 13,000 libraries in 20 countries globally spread across the next three years. The online sessions for the librarians which have seven teaching modules will be facilitated by learning coordinators and a group of mentors from British Council India.