The faces behind 10 minutes of drama

The Short and Sweet Theatre Festival has 70 plays and twice the number of actors, directors and writers for us to see.

The Short and Sweet Theatre Festival has 70 plays and twice the number of actors, directors and writers for us to see. Our columnist Archanaa Seker chats with people working behind the scenes to make this possible

Victor Paulraj, Technical Director
I may have worked on really big productions over the years, but I come back every year to work for this festival because I love it. From 30 plays to 50 and now to 70, the festival has grown every year with new entries, new comers and new concepts. I set aside July for the festival, no matter what else comes my way. I will stay an integral part of the festival and want to watch it grow in quantity and quality. With the platform it provides, the interactions it facilitates, and the learning it generates, what’s not to be passionate about it? 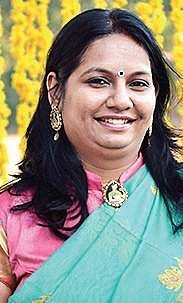 Meera Krishnan, Festival Director
Till the S+S festival happened, we were showcasing outside talent in Chennai. In six years, the festival has engaged with the local theatre community to a great extent and built a strong foundation for local talent. The space has become one where young groups and artistes pour in and get the exposure they deserve. Be it national tours or curating their own festivals, S+S has given youngsters the chance to go on to chase bigger dreams. From the first year of having difficulty finding even 20 directors, the festival now has entries and registrations pouring in. We are now focusing on engaging more with the theatre fraternity. I want to showcase 100 plays at the festival.

I I have been part of other S+S festivals in different parts of world as writer and director. The format moved me so much that I wanted to bring it to Chennai to benefit local talent — a  10-minute play is better in comparison to full length shows that require more time and effort to pull off. The most important aspects of the festival to me are these: it lowers the entry barrier into theatre; it brings professionals and amateurs together on the same stage; it helps existing theatre practitioners to push their boundaries and work with fresh talent; and it brings in new audience for theatre.

R Magesh Babu,
Sound Engineer
There’s a different cast and crew for every play, but as the sound engineer I view each play as mine. So I’m an integral part of 70 plays and that’s the best part for me. It’s both challenging and exciting. There’s really no better creative space like this where the demands are high and the returns are rewarding. This is the best platform for plays where people really understand each other and engage with the medium.

B Charles, Backstage Manager
I have been associated with the festival since its inception. Would you believe me if I said that the drama one sees on stage in nothing compared to what ensues in the green room (laughs)? But that’s what makes me tick. I ensure things run smoothly on and off stage and it’s a great place to be in. I see the dilemmas and dimensions of the actors that the audience never gets to see.

Nine plays that have made it to the finals